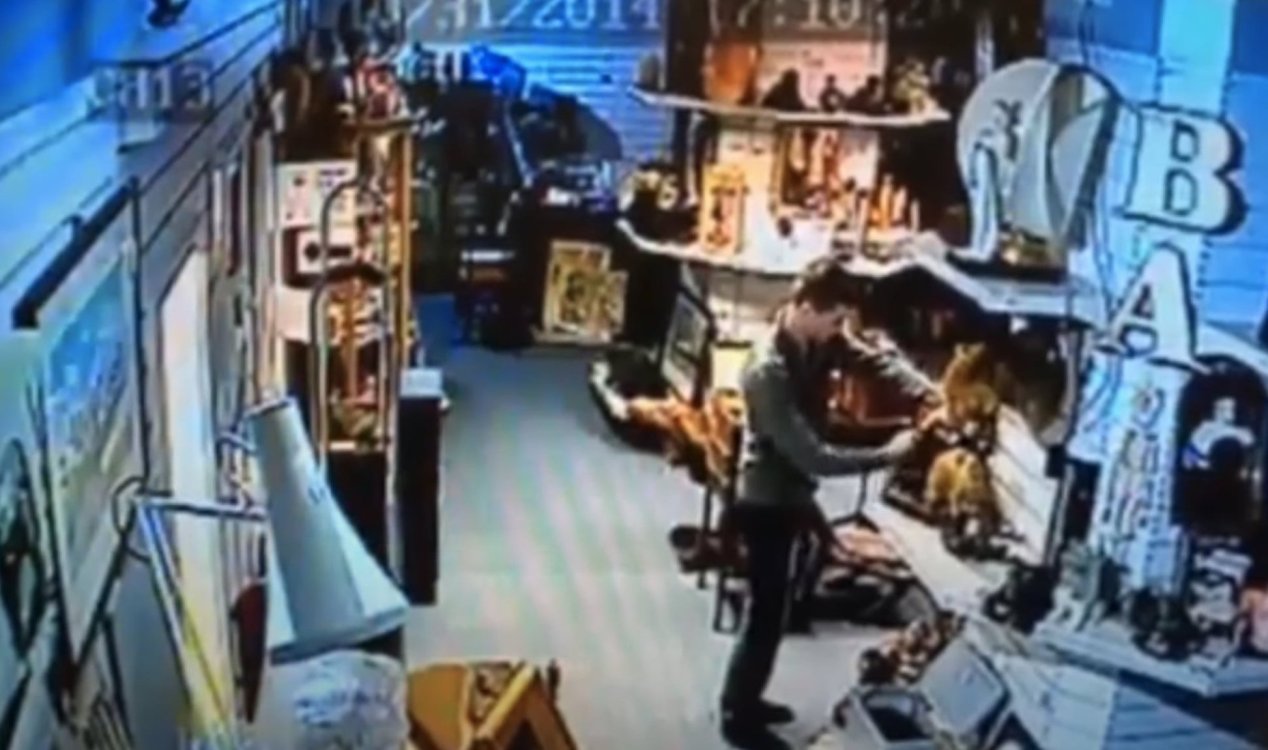 Store workers have witnessed several strange occurrences. Image Credit: YouTube / SWNS / Daniel Parker
The Barnsley Antiques Center in South Yorks, England is certainly no stranger to paranormal activity.
According to current owner Daniel Parker, the building - which dates back to the 19th Century and lies opposite a graveyard - has been home to all manner of unexplained incidents since he opened up an antiques store on the premises back in 2016.

"The number of weird incidents that have happened here over the years is absolutely bizarre," he said.

"I'm naturally sceptical about paranormal activity and all that but seeing the things I've seen has forced me to think twice. I'll just be stood at the till and things will start dropping off the shelves, which would be fine if it happened a few times but it's all the time."

"People who know about this kind of thing think there are ghosts, spirits and all sorts in the shop."

A series of CCTV clips (see below) demonstrate the nature and sheer number of such incidents which include objects falling off shelves and strange mist-like apparitions appearing in the store.Daniel's first encounter with the unexplained occurred shortly before the shop opened.

"The [electrician] rang me up and said there was smashed glass all over the floor," he recalled.

"I couldn't explain how it had got there so I went in and had a look at the CCTV, that's when I saw the cabinet explode. It's the strangest thing I have ever seen, what could possibly have happened?"

A spiritualist medium who later spent the night in the store reported that he had felt the presence of the spirits of two small children in the building.

Could they be responsible for the peculiar activity or is there a more conventional explanation ?

#9 Posted by papageorge1 1 month ago

Lol. That crabby old avatar picture probably is you.

#11 Posted by SecretSanta 1 month ago

#12 Posted by SecretSanta 1 month ago

He claims it’s across from a graveyard? Don’t see one opposite of the building.

#13 Posted by Skulduggery 1 month ago

Are there any nearby railroad tracks?

Small tremors can trip objects that were hastily placed and replaced in an unstable position by customers.

#15 Posted by jethrofloyd 1 month ago

Recently, a few things fell off the shelves in my house. But, no 'paranormal activity' was a reason, just an mild earthquake.

#16 Posted by ChewiesArmy 1 month ago

Every case was gravity. At least show a video of a book going up onto the shelf, at least that would be original…still a fake, but original.

#17 Posted by esoteric_toad 1 month ago

Man being a ghost must be really really boring. The only thing you can do apparently is knock precariously placed stuff off of shelves..

Less than 50m from rail track less than 25 from highway...