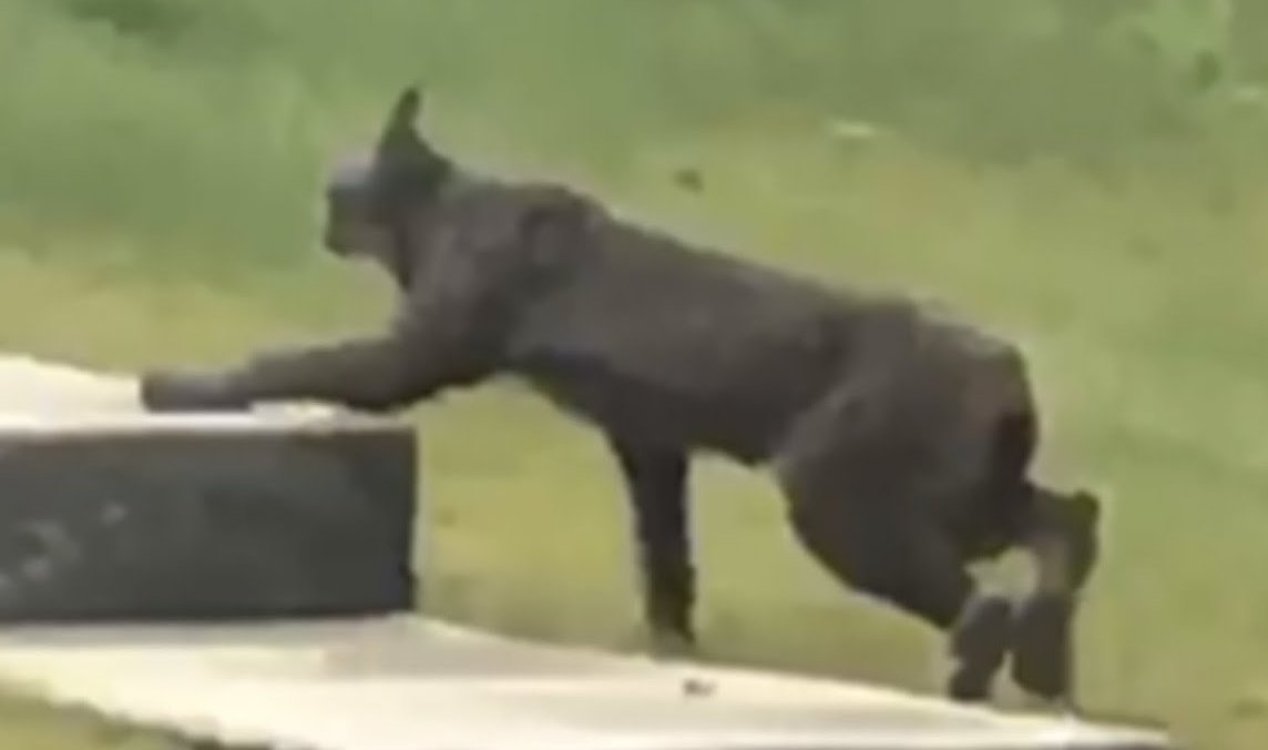 The cat seemed none the worse for wear despite its unusual coloration. Image Credit: Thomas Jung
The animal, which was photographed by a university researcher, was spotted in a residential area in the Yukon.
While it's easy to imagine that we've seen just about every species and variation of large cat roaming the North American wilderness, every now and again something crops up that surprises everyone.

This fascinating specimen is a prime example - a common species of lynx known as Lynx canadensisi but with a distinctive black coat in place of the usual yellowish-brown typical of the species.

It was spotted in an otherwise unremarkable neighborhood in Whitehorse, Yukon by University of Alberta researcher Thomas Jung back on August 29th, 2020.Jung was fortunately able to grab his phone and capture a short 30-second clip of the animal.

"It had a black coat containing whitish gray guard hairs throughout, as well as whitish gray hairs in the facial ruff and the rostrum and dorsal regions," he said.

While the available images are not of the highest quality, experts have since determined that the animal was indeed a lynx, making this the first ever documented case of a Canadian lynx with melanism, as well one of only a few known cases of any abnormal coloration in lynxes in general.

Although the animal seemed healthy, it could have trouble hunting hares during the winter when the traditional yellowish-brown or grey coat of the species would have made it much harder to spot.

#1 Posted by jethrofloyd 28 days ago

Cool. nevr thought I'd see a black lynx. He's all like, "Meh, whatev's. You can keep barkin' but I'm leaving! Talk to my beautiful behind!"

#4 Posted by LadyPhoenix 11 days ago

Gorgeous animal, and nor known to exist previously.  I'd guess it's because the videographer is a scientist that it's even being admitted that his is real.  Ridiculous, of course, because that beautiful animal would be just as real had a housewife taken the video.