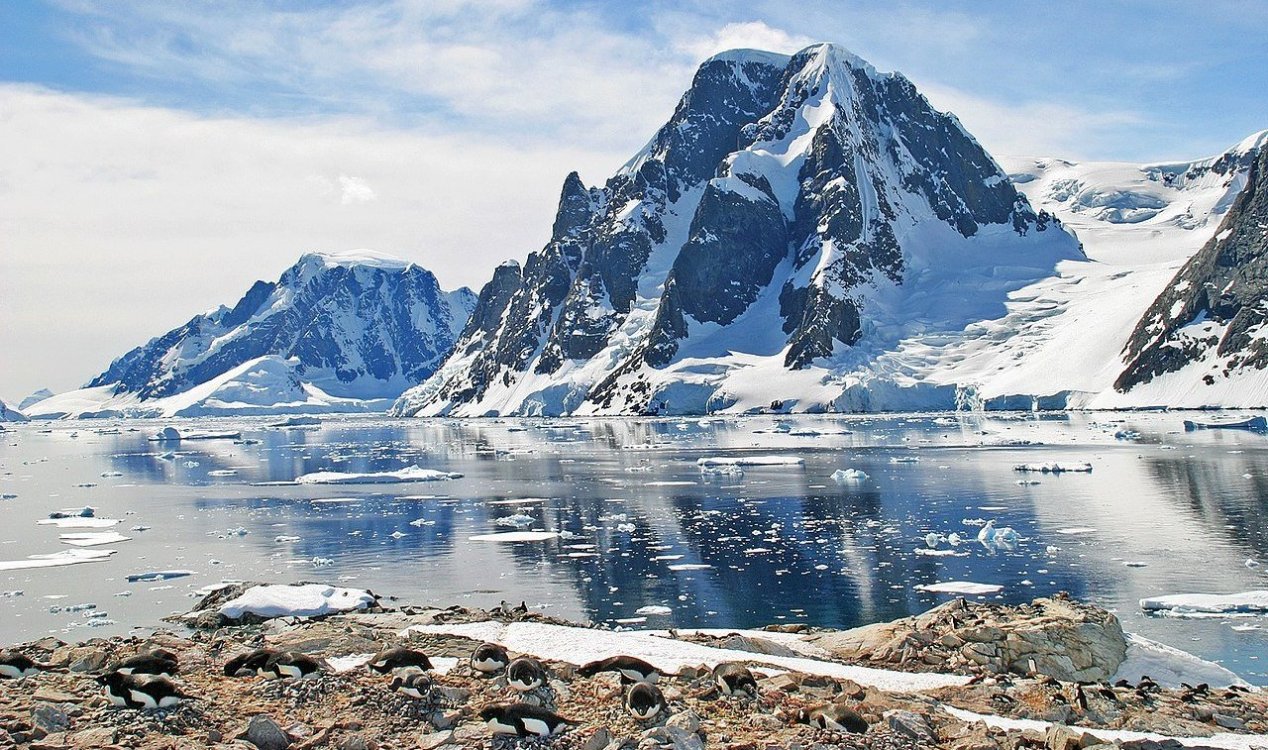 There is a hidden world deep beneath Antarctica's ice sheet. Image Credit: CC BY-SA 4.0 W. Bulach
Scientists using ice-penetrating radar have spotted an enormous river snaking its way beneath the Antarctic ice.
There is more going on under the Antarctic ice sheet than meets the eye - that is, at least, according to glaciologist Martin Siegert of Imperial College London, and colleagues, who used ice-penetrating radar mounted on an aircraft to discover the presence of an extensive river situated deep beneath the ice.

Stretching for some 300 miles, this hidden river, which flows into the Weddell Sea, is longer than the Thames and drains an area exceeding that of France and Germany combined.

"When we first discovered lakes beneath the Antarctic ice a couple of decades ago, we thought they were isolated from each other," said Siegert.

"Now we are starting to understand there are whole systems down there, interconnected by vast river networks, just as they might be if there weren't thousands of meters of ice on top of them."The discovery doesn't exactly bode well for the future because the region currently being drained by this system has the potential to raise global sea levels by a total of 4.3 meters.

Such melting won't all happen at once, however.

"From satellite measurements we know which regions of Antarctica are losing ice, and how much, but we don't necessarily know why," said study co-author Christine Dow from the University of Waterloo.

"This discovery could be a missing link in our models. We could be hugely underestimating how quickly the system will melt by not accounting for the influence of these river systems."

<< Previous story
Could the Tibetan brown bear explain sightings of the Yeti ?

#1 Posted by jethrofloyd 28 days ago

Scientists should use this thing on the icy moon Europa. Maybe they will find some kind of life under the Europa ice.

How deep is this river? Is there an entrance via the Wedell Sea? Could a probe or submersible traverse it? Is there an advanced ancient civilisation in there that may account for USOs? O.o

#3 Posted by Torviking 28 days ago

All these worlds are yours Earthmen, except Europa attempt no landings there. A.C. Clarke.