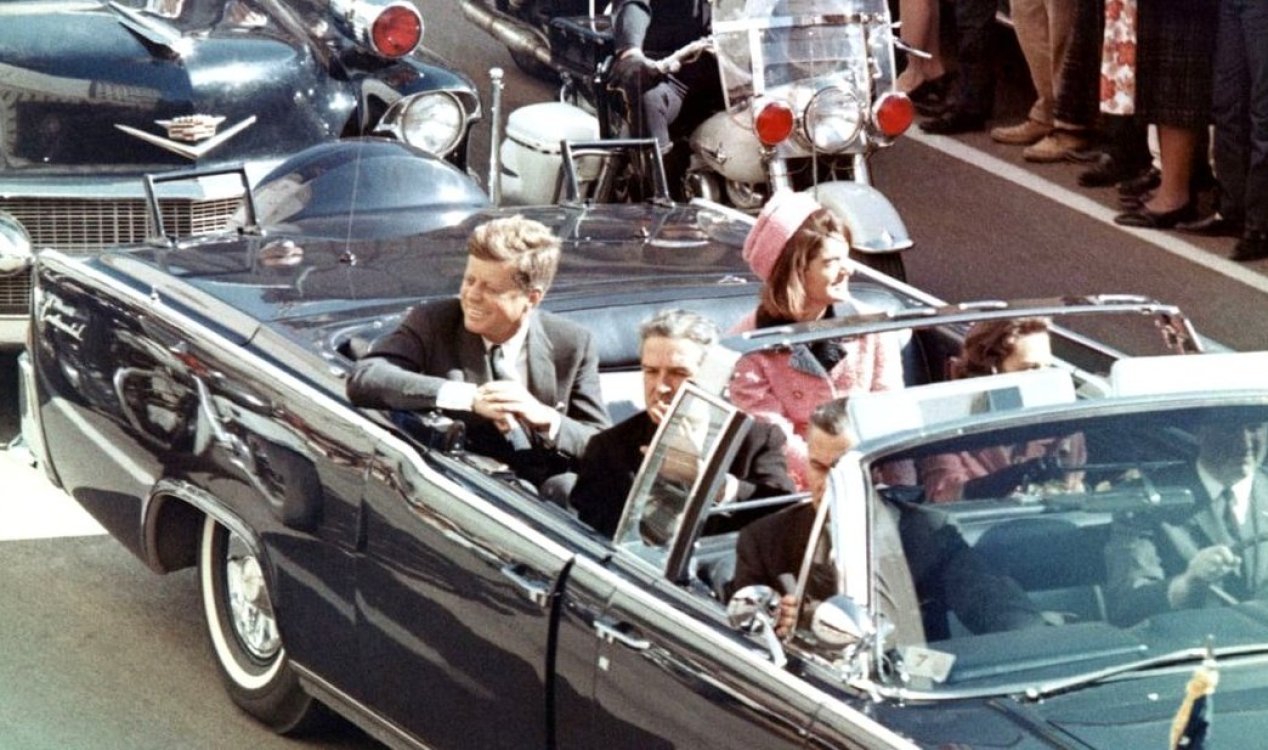 Is the US government hiding something ? Image Credit: Walt Cisco, Dallas Morning News
The Mary Ferrell Foundation is attempting to force the release of 16,000 records relating to JFK's murder.
The assassination of President John F Kennedy remains one of the most hotly debated murder cases in history. Even today, almost 60 years on, enthusiasts continue to debate exactly what happened and whether or not Lee Harvey Oswald really had acted alone.

Back in 2017, former President Donald Trump released thousands of previously classified files on the assassination, however several others were withheld due to security concerns.

President Joe Biden later doubled down on the decision not to release the additional files, stating that the delay was "necessary to protect against identifiable harm to the military defense, intelligence operations, law enforcement, or the conduct of foreign relations".

Now, though, the Mary Ferrell Foundation - a non-profit organization that has been investigating the case for years - has filed a federal lawsuit in an attempt to see the files released."It's high time that the government got its act together and obeyed the spirit and the letter of the law," said the group's vice president Jefferson Morley. "This is about our history and our right to know it."

Even Kennedy's own family members believe that it's high time the documents were made public.

"It was a momentous crime, a crime against American democracy," said Robert Kennedy Jr. "And the American people have the right to know. The law requires the records be released."

"It's bizarre. It's been almost 60 years since my uncle's death. What are they hiding?"

#34 Posted by Trelane 3 months ago

That doesn't really line up though with your CIA theory. The DoD and related corporations were not nearly as linked as they are these days. CIA was very separate from all other entities in those days. So was it the DoD, CIA or LBJ? The more conspirators that are added the less likely that the secret could be properly secured for so long.  I know it's hard for a lot of people to consider, but Oswald may just have been just what he was accused of. It's hard to believe, I know. However, f you subtract all the Garrison, Oliver Stone, and endless other conspiracy stuff logic and reason start to lea... [More]

#35 Posted by Trelane 3 months ago

This is the biggest misrepresentation about Oswald. This shows the desperation of conspiracy theorists to select only what fits their narrative and provide the entire context of what reality really was for this man. The quote about his weapons qualification came from cherry picking his qualification records that have been found. His initial qualification at basic training in 1956 earned him Sharpshooter status. His marksman qualification was recorded three years later when he was in the midst of facing non judicial punishment for striking a noncommissioned officer and pending a hardship discha... [More]

#36 Posted by Alchopwn 3 months ago

All that tells me is that he left the Marines with a lower competency in shooting than when he started.  So he is still a poor shot with a seriously ****ty gun when he's sitting in the Book Depository.  In short, he's still a bigger Patsy than Cline imo. Or do you seriously think he had a magic bullet?

#37 Posted by Trelane 3 months ago

Well, that's ridiculously shortsighted and dismissive. Have you ever served in the military and been in charge of Soldiers? I can state from 1st hand experience, Soldiers (or Marines) who are going through what Lee was at that time normally have reduced performance. Whether it be physical fitness tests or marksmanship ranges. So, no he wasn't necessarily a poor shot. I also don't believe in the magic bullet. I personally think that all of the rounds weren't accounted for after the shooting and got exposed during Garrison's conspiracy fest.

#38 Posted by Alchopwn 3 months ago

You are demonstrating a remarkable lack of understanding of the range and depth of the CIA's reach during the Cold War.  In order to create cover operations the CIA needed to infiltrate many walks of life, even within the USA's domestic economy.  This was required in order to create plausible back stories and paper trails for field operatives.  There were many levels of engagement, from full company ownership to simple patriotic document support by willing participants.  The CIA needed to network widely, and successfully did so across not only the USA but many levels and organizations of many ... [More]

#39 Posted by Trelane 3 months ago

I believe I have far more understanding of the US intelligence apparatus than you could hope to learn from your "sources".  You are demonstrating an astounding lack of understanding how deeply interconnected senior military officials were with specific corporations. They were scratching each other's backs going back into WWII. OSS/CIA was never about networking. They only trusted those who were "inside". It's really very much the same today as well. So HW was in charge of Bay of Pigs from the Dallas office?n I'm trying to figure out how a low-level CIA official was bouncing about being placed ... [More]

#40 Posted by Alchopwn 3 months ago

Don't make me laugh. Nothing you've said has had the slightest credibility.  I was literally raised as a US Foreign Service brat and worked as a translator in the ME during the 1990s and early 2000s.  At one stage I was living in Iraq's Green Zone.  I rubbed shoulders with spooks on a regular basis and often drank with them during that time.  I have also personally met some of the Kennedy clan.  That means that I have extensive personal primary source experience on this issue.  Consider yourself blocked, clownshoes.

#41 Posted by Trelane 3 months ago

My posts aren't meant for humor on this.   Living in the Green Zone eh? Very compelling, very brave (a "fobbit" as we used to say). You drank with someone who stated they were a "spook"?  Ah yes, that truly seals it. I don't give a hoot what some third or fourth generation Kennedy family member thinks. This comes down to facts. It's not what we think but what we can prove. Unfortunately, there is nothing that can prove the CT conjecture. I can openly state that I have been attached to intelligence cells in Iraq, and Afghanistan outside the wire. I am still under NDA for 2 other assignments as ... [More]

#42 Posted by Terry Parker 3 months ago

After watching the news about the JFK assassination, Nov 22,1963,  I never thought I would have to question a connection, after a non-consensual operation for epilepsy Dec. 9,1969, at 14 years of age. While parents of neurological disabled children, were only informed of "scar tissue removal."  My personal medical records paint a different picture as to what occurred. Records consist of a pathology report listing various unauthorized brain tissue resections, along with a diagram of a foreign left temporal lobe brain tissue, placed in my file, by a neurosurgical staff member who whispered to m... [More]

#43 Posted by Occupational Hubris 3 months ago

The Case For Intelligent Design (ID)
United States and the Americas

The Atheist Experience
UK and Europe