Iconic UFO-shaped 'spaceship' house has been destroyed in a fire 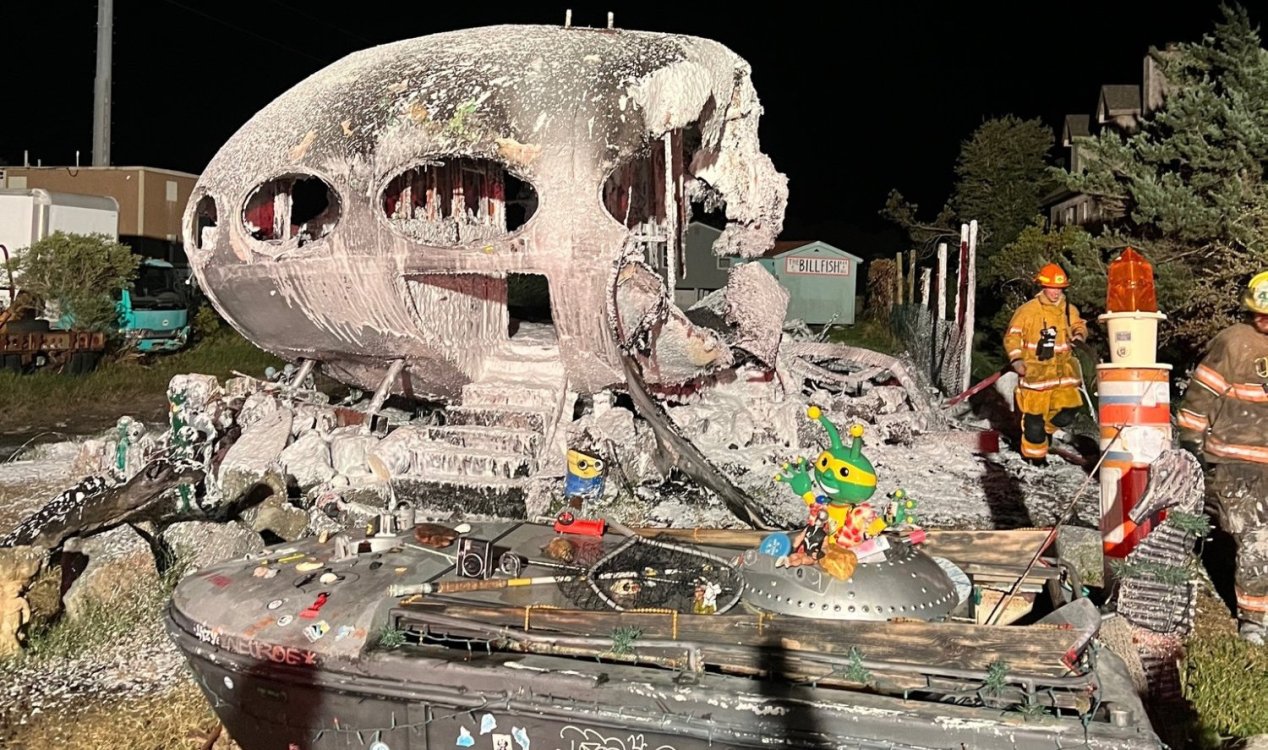 The house has been reduced to a smoldering ruin. Image Credit: Facebook / Frisco Fire Department
The famous Frisco Futuro House had been a popular attraction on Hatteras Island , North Carolina for over 50 years.
Designed by Finnish architect Matti Suuronen, this peculiar prefabricated saucer-shaped house was once seen as the future of home design - a relocatable, fiberglass pod measuring 26ft in diameter.

Sporting a row of oval-shaped windows and a front door that looked like something out of Flight of the Navigator, the unusual design never really took off, with only 100 of them actually being made.

Nowadays, those that have survived are considered to be rare collector's pieces.

All the more tragic, then, was the news that one of the best known surviving examples of this unique building was utterly destroyed following a fire on Hatteras Island on Wednesday evening.The iconic 'spaceship', which had resided at 52186 Morriss Lane, had changed hands several times over the years and its current owner - Leroy Reynolds - had previously attempted to turn it into a museum but was denied permission because the structure didn't meet building safety standards.

With only around 60 of the Futuro Houses left in the world, the loss is a major blow.

It currently remains unclear how the fire started and whether it was a deliberate act or an accident.

#1 Posted by ouija ouija 4 months ago

Here's what it looked like before it was damaged:

#2 Posted by jethrofloyd 4 months ago

Iconic alien-hunting telescope in Puerto Rico collapsed complete. Now, iconic UFO-shaped 'spaceship' house has been destroyed in a fire. What's a next? A bad time for the extraterrestrial life and the UFO phenomenon.

#3 Posted by Desertrat56 4 months ago

#4 Posted by jethrofloyd 4 months ago

It fly back to the planet Vulcan?

#5 Posted by Desertrat56 4 months ago

I found a link that says it was demolished and a McDonalds was built on the site.      https://www.roadsideamerica.com/tip/10087

The Mass of a Lone White Dwarf Measured ...

Surprise Clues to Mars’ Watery Past