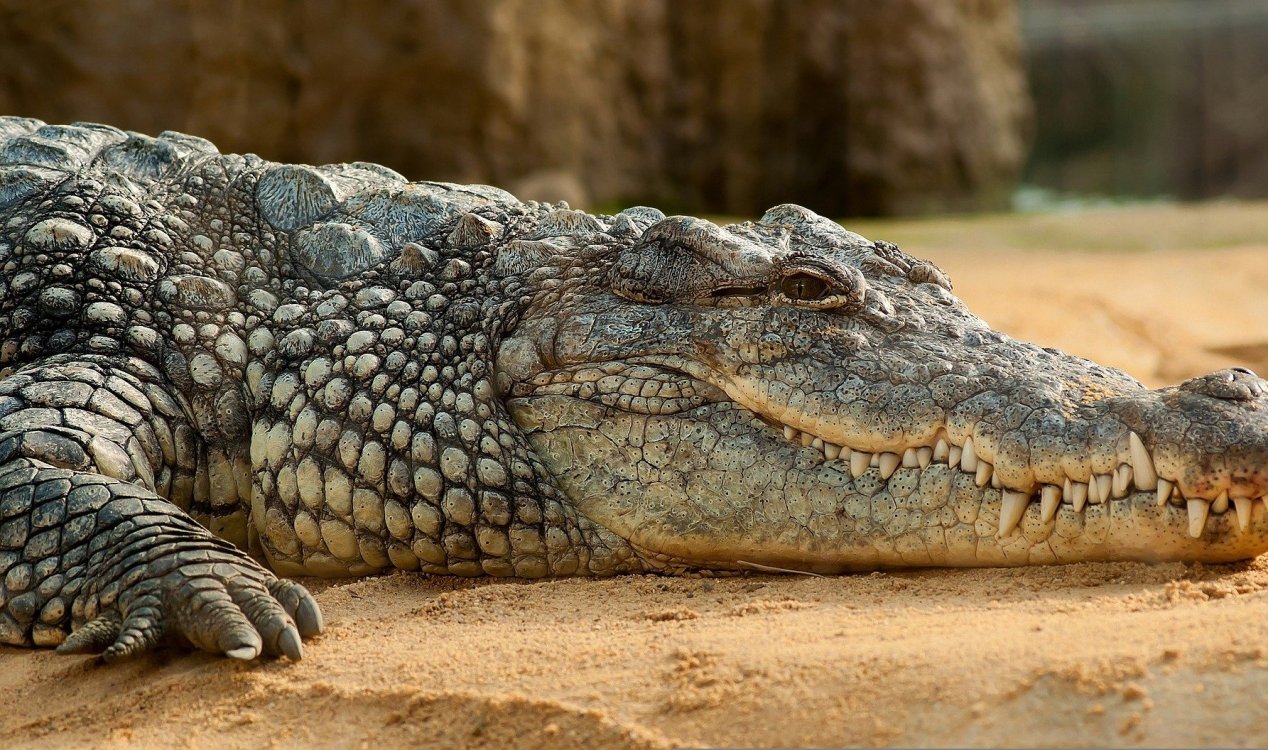 It remains unclear whether or not Gustave is still alive. Image Credit: Pixabay / miniformat65
A huge crocodile nicknamed Gustave has been terrorizing locals near Lake Tanganyika in Burundi for decades.
It might sound like the plot of a horror movie, but this particular monster is very much the real deal - a 20-foot Nile crocodile that has struck fear into the hearts of locals since the first attacks in 1987.

Over the decades, this huge reptile has been linked to a string of lethal attacks in villages up and down the northeastern shores of Lake Tanganyika with a reported death toll exceeding 300.

Some believe that Gustave could be as much as 100 years old, though scientists believe that the figure is more likely to be closer to 60. Either way, the beast is undeniably lethal.

Despite concerted efforts by hunters in the region, nobody has been able to catch or kill it.

Such attempts were even filmed for a 2004 documentary - Capturing the Killer Croc - which followed a group who aimed to capture the animal and release it far away from human settlements.Inevitably, though, their efforts to catch Gustave using a sophisticated trap ended in failure.

Not all, however, is lost.

Most recently, sightings of the beast have fizzled out, suggesting that the huge crocodile has either died of natural causes or moved on to some other area to carry out its attacks.

No sign of a body has been found, so it's not clear if it is still alive or not.

While this might seem to provide some respite for the locals, the possibility that it still lurks in the waters around their villages means that they can never truly let their guard down.

For all they know, Gustave could still be watching from the shadows, waiting for a chance to strike.

<< Previous story
8 billion people: how evolution has made our species so successful

#1 Posted by jethrofloyd 13 days ago

There was a movie about this crocodile.

#3 Posted by jethrofloyd 13 days ago

Nah I think it was Primevil.

#5 Posted by Audio Imagez 13 days ago

The Princess and the Frog

Surprised such a popular animal like this wasn't tagged.

Gustave maybe gone but he got offspring, just wait for them to have enough teeth !