Image Credit: Hobart Zoo
Humans alone were responsible for the extinction of the Tasmanian Tiger, new research has found.
The thylacine is often considered to be a symbol of a species' extinction at the hands of humans, but up until now it was thought that disease also played a significant role in their ultimate demise. New research has put paid to this idea however, suggesting that the extinction of the Tasmanian Tiger was the result of human activities alone.

Thylacines were plentiful across Tasmania before Europeans arrived in 1803. By 1886 however the government was offering bounties to people in exchange for thylacine carcasses and before long their numbers had dwindled. The last known living thylacine was captured in 1933 and died in 1936.
Humans alone were responsible for the demise of Australia's extinct native predator, the Tasmanian Tiger, or thylacine, a new study has found.

<< Previous story
Secret 'batplane' filmed near Area 51
Next story >>
Can we 3D print a base on the Moon ?
Recent comments on this story

What moron funded this study? Every Aussie knows this as a fact we wiped em out in about 50 years as a bounty to protection sheep farmers. what is the next study? Humans are responsible for wars? People find that a good rack is likely to lead to more funding of inane useless studies???

#21 Posted by freetoroam 10 years ago

Beautiful animal... Would be nice to see one out in wild as a cryptid but little chance of that happening...

#23 Posted by freetoroam 10 years ago

yea europeans are fruckers Are you ok with an african man murdering the elephants to sell the tusks to a Chinese man? Fruckers are not just limited to one race. 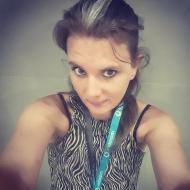 I have to admit, if you think about it, its not a big surprise that we wiped them out... Humanity is a plauge unto itself. Which itself is set for it own destruction.

i love thylacine, this is probably correct we also whiped out the dodos.

Did we not already know this? What else did hunters try to blame the Thyacline's extinction on? Thyaclines had managed so well for so long, man kind are the spanner in the works. Yeah... that was how I had also always understood it !

Humans certainly are responsible given the bounty on the animals but disease could have also been a factor. It's possible that the introduction of placental mammals as unintentional prey items (like sheep, cats, rabbits, etc.) could have introduced diseases in an already dwindling population. Currently there is a contagious form of cancer that is killing of the Tasmanian Devils, who have taken the place of the Thylacine as top predator on the island. There was some article I read on the web that said early settlers to Tasmania occasionally kept the Thylacine as a pet whenever they found a youn... [More]

US judges took millions in bribes to sen...
Metaphysics and Psychic Phenomena