Image Credit: CC 2.0 Rod Allday
Archaeologists believe they've found the final resting place of Sir James Tillie of Pentillie Castle.
The story of Tillie's death has long been shrouded in mystery. He built Tillie Castle in 1698 and it is said that before he died he composed instructions to his staff requesting that rather than being buried he'd be placed in a chair wearing his best clothes with his pipe in his mouth and his books all around him. While the instructions were said to have been followed nobody knew the location of his final resting place, until now.

Examinations within a mausoleum built after Sir James' death have revealed a vault beneath the floor containing a body sat on what looks like an ornate chair. "It would appear that potentially we do have real evidence that the story or the myth actually was true," said archaeologist Oliver Jessop.
Human remains, found at a stately home in Cornwall, are thought to be those of the man who built it. Sir James Tillie, who built Pentillie Castle in 1698, instructed his staff to place him in a chair with his pipe when he died.

#1 Posted by Eldorado 10 years ago

#2 Posted by PersonFromPorlock 10 years ago

I like his style. Jeremy Bentham did him one better. http://praxeology.net/bentham.htm

#3 Posted by freetoroam 10 years ago

Good, now they have found his body in the vault, brick it up and leave him in peace.

Yes; he chose his resting place very well. It's where he wanted to spend eternity, so let the poor man's bones rest in peace.

#5 Posted by Welsh Shaun 10 years ago 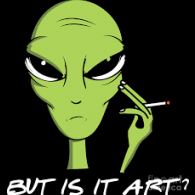 They cant remove him now surely

#6 Posted by wimfloppp 10 years ago

#7 Posted by wolfknight 10 years ago

Well I think, that they should see what are his books about, maybe he has something we don't know now, some "secret books" or some long lost ones. Ofcourse if they are still readable. Then after reading/scanning all of them, put that back and bury him as he wanted to be buried.

#9 Posted by Cherokee Wolf 10 years ago

That is a pretty cool story. I say let him rest, with his books.

From the article: "Inside it a structure with leather studs and woodwork with handles on it was found, which are thought to be either a chair or coffin." Doesn't sound very convincing to me.