Is there something lurking in the wilds of Australia ? Image Credit: CC BY-SA 3.0 Fir0002
A hiker has captured the image of a strange figure while out walking near a Toowoomba water hole.
Brock David had been out walking in the Australian wilderness recently when he was overcome by a sudden sense of dread and an overwhelming feeling that he was being watched.

When he later went through the photographs he'd taken he noticed one that seemed to show a bearded man dressed in red peering out at him from behind a pile of roots and branches.

"I felt like the hairs on the back of my neck were standing up, I honestly don't believe in ghosts or anything supernatural," he said. "Oddly enough I've been experiencing a similar feeling of dread every once in a while over the last week."

The eerie photograph has since proven quite popular on social media with some Internet users even claiming to have experienced a similar sense of unease just from looking at it.

Whether the picture shows anything genuinely paranormal however remains a matter of debate.

Next story >>
Hawking: there is a way out of a black hole
Recent comments on this story

#33 Posted by MissJatti 7 years ago

Just a bearded man with a red top on

#34 Posted by Codenwarra 7 years ago

It's me, taken when I drove through Toowoomba in July, wearing the maroon sweater I've got on now. Hang on, I didn't buy the sweater until a week later. Ooooooo

#35 Posted by Stubbly_Dooright 7 years ago

I'm pretty sure if the resolution was higher you wouldn't see the "figure". It looks like dead brush making the shirt and a pattern in the bark of the tree making the head. I think it would be interesting to experiment with the photograph and have it go through many programs and shades to see the whole picture and then see what the 'apparition' looks like then. It could turn out part of the scenery yes, or something else. To me, I didn't notice it til where the article pointed it out in the picture. Now, this is me, it did give me the excitable chills at first. ( remember, I like that) but yea... [More]

#36 Posted by Goodnite 7 years ago

My vote goes with those saying its a good fake.

#37 Posted by tsecretguy 7 years ago

I think its a great picture. Is it a ghost? I don't know but it compels me to do more research on that area in Queensland. Great Picture!

At first I thought it was just a mixture of tree and foliage, but as I zoomed in on it, I'm convinced it's a person. Not a ghost, of course, just an ordinary man wearing a red (and black plaid?) shirt and a baseball cap or trucker's cap. Nothing out of the ordinary, nothing special, just an out of focus picture of a person in the woods. 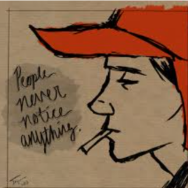 It certainly does look like a ghost. I'm a firm believer in them but I noticed if you cover up the red that is his body his head just looks like part of the tree. Then if you cover up his head the red looks like leaves turning color like they do when its fall or that part of the plant is dieing. yup...nothing but a dead tree and some reddish brown leaves

I see a tree in the background which forms the (head) and something brown....perhaps a dirt mound or some old rotting part of a tree along with the rest of that stack of rotting branches. In my own opinion, the anomaly looks comical if it was meant to be some kind of humanoid type figure. I'd go as far to say it looks like a made-up scarecrow thing if anything. Although, after spending quite a bit of time looking at it, I'll stick to the tree and a rotting stump/mound of dirt theory for now.

the dingos baby all grown up

#42 Posted by cherrylollipop 7 years ago

Is it me or does it look like Tyrion Lannister in a christmas sweater?

Cost of living: Iceland to offer interes...
United States and the Americas

'Moment of Contact' documentary to explo...
Ghosts, Hauntings and The Paranormal