The tall shape could be seen hovering on the horizon. Image Credit: YouTube / Jason Asselin
An intriguing optical illusion has been caught on camera from the shores of North America's largest lake.
Recorded by Jason Asselin off the coast of Marquette, Michigan, the video shows a mysterious semitranslucent shape on the horizon which appears far too tall to be a sailing ship.

"Saturday evening far off coast from Marquette, Michigan, appeared this mysterious ship that had to be gigantic!" he wrote. "Almost as if a ghost ship was showing itself to the world...""Even if it was a ship, what could be that tall in these choppy waves?"

Some Internet users have suggested that the object could be the Granite Island Lighthouse, which does have several tall structures, however it is unclear whether the location matches up.

Uploaded two days ago, the footage has already been viewed more than 400,000 times.

Can't be bothered, but if we had the exact location from which the image was taken and it was possible to work out a rough azimuth from the imagery, we could verify what the camera was pointing at.  These mirages generally go straight up/down... 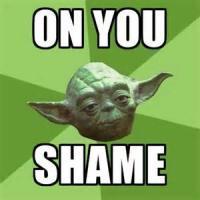 I can see how it could be thought of as a sail, although it rather looks like that hotel in, is it Dubai? Somewhere round there anyway.    This one:    Anyway, it's probably a mirage, these things usually are, I find.

#18 Posted by badeskov 5 years ago

Can't be bothered either. But I will say that where I live we have the channel islands. And, interestingly, under some interesting atmospheric conditions one of the islands we can see it from the beach. Really odd. Cheers, Badeskov

Based on my experience, it's the silhouette of the stern of the longest freighter on the Great Lakes, the "Paul R. Tregurtha",  passing by what I think is the Stannard Rock Lighthouse, heading down the charted "shipping lanes"(beyond that lighthouse(as shown on NOAA Chart #14961))toward the Whitefish Point Lighthouse and the Soo Locks.

Wow, that's precise. Thanks for the info.

Just saw a show where this very picture was 100% proven to be an island out in the lake with buildings on it. Normally it can't be seen from shore but weather conditions that day created the mirage effect and "raised" it up to viewing height.

#23 Posted by Montello 9 months ago

Christmas for the Lost

The casimir effect, could it be a possib...

Oldest human fossils are even older than...