The phenomenon has been spreading all over the world. Image Credit: Twitter / @jogo78
Mysterious individuals dressed as clowns have recently started to turn up on the streets of England.
What started out as little more than a roadside prank has grown increasingly sinister over the last few years with stories of clowns staring at cars from street corners being gradually replaced by police reports involving clowns wielding weapons and children being lured in to the woods.

In Newcastle recently, several schools were put on high alert over threats by clowns while in a separate incident a group of 11-year-old children were chased through a park by five clowns.

According to police officials in Northumbria, there have been several hundred reports of clown sightings in the region including over a dozen that were considered genuine offenses.

Some of the kids are now so terrified by the phenomenon that they are too scared to go out."Who's behind the masks? You don't know. Nobody knows," said Charlene Paterson, a mother who has observed the impact of the phenomenon first-hand. "You don't know if it's a 15-year-old that's looking for a giggle or a 30-year-old man who's looking to do something far, far different."

"It's not fair - it's certainly not funny. Children shouldn't have that fear."

Authorities are now actively appealing to the general public not to participate in the craze.

"However well-meaning and however you might have spent your pocket money on a clown's outfit in order to have a joke on your best mate - just don't do it," said Vera Baird QC, Northumbria's Police and Crime Commissioner. "Because it could well be misunderstood and you could scare somebody."

<< Previous story
Tales of the 'old hag' continue to endure

#38 Posted by Silver_Lyre 5 years ago

...well, i bet Muslim's would take offence at being labeled as psycho clown killers. ISIS would probably love the tag though. I hope they don't get any idea's.

Well.... I'm going to say let's not invoke the Muslim version of Godwin's Law or potentially Godwin's Law itself. anymore in this thread please. Neither have any place in any way, shape or form in this thread.  I'm saying this as as moderator.   As a member... This is a currently true crime/urban legend wildfire springing up. It's true. Heh, in recent music news.... Insane Clown Posse popped on the top of news filter today- They are decrying this. The clown from Slipknot is changing his name for now. In commercial news. McDonald's is pulling back Ronald.

I was being satirical about the kneejerk attitudes of the Media, I'd have hoped was fairly obvious.

Satire or not aside on your behalf. Let's leave Muslims and such out of this conversation and leave it to discussion about clowns.

#42 Posted by Dj Taxiarch 5 years ago 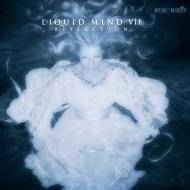 Well apparently these people were not educated in the dangers of perhaps...clowning around?

The New must have worn off chasing pokemon on an iPhone so kids are looking to dressing up as clowns to get their thrills.

#45 Posted by Shouldthisexist 5 years ago

Here in the states I have seen a lot of it attributed to marketing and publicity, and once a fad catches on people try to exploit to become internet famous.

It's unfortunate that we seem to experiencing a decline in the simple act of civility.

This seems to have taken the place of the "razor blades in candy" hysteria that has lasted almost 50 years, yet as far as I know, never actually happened. When they were reporting clowns here in St. Louis, the news reporter actually had a smirk on her face. Problem is, those who are perpetuating the "sightings" are also generating a "crying wolf" scenario. Thankfully Halloween only comes once a year..

More than a dozen kangaroos found dead i...