Man claims to be a time traveler from 2030

Is this man a time traveler ? Image Credit: YouTube / ApexTV
A man who claims to have traveled back in time has made several predictions about the future.
The anonymous individual, who identifies himself only as Noah, agreed to be interviewed in a video that was recently uploaded to the controversial ApexTV YouTube channel.

Some of his claims about the future include:
While answering questions during the interview, Noah was allegedly hooked up to a lie detector test which, according to the channel, consistently determined that he was telling the truth.Critics however have argued that the lie detector isn't even visible in the frame and that even if his answers were reading as 'true', he may have simply found a way to fool the machine.

There is also the very real (and highly likely) possibility that the whole thing is a hoax.

Apparently.  It's one of the more entertaining arguments, though.

#49 Posted by ChaosRose 5 years ago

It's like the time I saw people arguing over the existence of Vigo the Carpathian.

#50 Posted by Vlad the Mighty 5 years ago

That's the only thing that makes no sense?

There has been an influx of people claiming to be time travellers lately.

#52 Posted by Not A Rockstar 5 years ago

yeah, soon it will be rod season again. Orbs are down, not a big run as yet.

As soon as spring break hits, we'll get an influx of crazy.

the way to prove whether he's telling the truth is for him to tell us where his present self is.

#55 Posted by thegreatweard 5 years ago 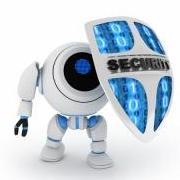 Well, he may have said something about the possible bankruptcy of youtube with this so-called '' family friend ''

#56 Posted by Ozymandias 5 years ago

#57 Posted by Vlad the Mighty 5 years ago

If he says Donald Trump, our suspicions will be confirmed ...