Virgin Galactic has reached the edge of space

The flight was a major success for the company. Image Credit: CC 2.0 Jeff Foust
Sir Richard Branson's dream of sending tourists up in to space is now one step closer to becoming a reality.
Following years of delays and setbacks, the fledgling space tourism firm's SpaceShipTwo passenger rocket ship took off from California's Mojave Desert on Thursday and soared in to the heavens.

Carrying two pilots, a mannequin and a set of NASA experiments, the ship reached speeds of up to 2.9 times the speed of sound and climbed to an altitude of 82.7km before returning to Earth.

"Today we have shown Virgin Galactic can open space to the world," Branson wrote.The achievement is a major step forward for the company and indications are good that the first tourists will be going up in to space within the next few months.

Branson himself has hinted at the possibility of going up in the ship within six months.

Virgin Galactic is currently competing with both SpaceX CEO Elon Musk and Amazon's Jeff Bezos to become the first private firm to send fee-paying passengers in to space.

It remains to be seen however which of them will be the first to succeed.

<< Previous story
Jennifer Aniston once lived in a haunted house

#1 Posted by OverSword 4 years ago

Maybe in a few more generations, the cost of lifting into space will be reasonable enough for mass tourism.  I know I'd love to do it!  Hell, I'd settle for an hour in the "Vomit Comet"

#3 Posted by Hammerclaw 4 years ago

So would I, but not on those gossamer wings. VG has yet to master orbit and re-entry.

#4 Posted by Waspie_Dwarf 4 years ago

They aren't attempting orbit and re-entry.

#5 Posted by Hammerclaw 4 years ago

As I said. In any event and personally, their "innovative" design for a hypersonic aircraft gives me the willies.

#6 Posted by Waspie_Dwarf 4 years ago

That's your choice. As it is a system designed by Burt Rutan, one of the most successful aerospace engineers of recent times, I think it is logical to have more confidence in proven flight data and his opinion than that of someone that didn't even know the spacecraft is not designed for orbit. The system proved it's worth multiple times with the X-prize winning SpaceShipOne. The fatal accident that befell VSS Unity's predecessor, VSS Enterprise, was not the result of a problem with the wing design but a combination of human error and poor design allowing the wing breaking system to be deployed... [More]

#7 Posted by Hammerclaw 4 years ago

Obviously, it's not built for orbit--much less re-entry. Obviously, it does what it's designed to do and, obviously, it has fragile and unnecessary points of potential structural failure. I'm delighted it hasn't broken up in flight and hopeful to continue being wrong--I just wouldn't bet my life on it.

#8 Posted by AllPossible 4 years ago

Very awesome. Send some Flat brain earthers up there so they can argue how it's just an illusion lol. Btw as cool as this is I dont see myself going 50 miles up.

#9 Posted by hehuntsbeaver 4 years ago 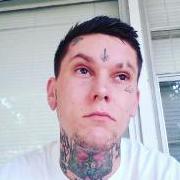 I would be a little terrified to be strapped in that. Reminds me of the balsa wood rubber band plane I had as a kid. Just not something I look at and say to myself,

#10 Posted by paperdyer 4 years ago

It is something I'd like to do, once!..At almost 66, I doubt if once will happen.

Hunter claims to have had Bigfoot in his...
UK and Europe

Coronavirus cases confirmed in the UK
Earth, Disasters and the Environment