The first demonstration is planned for 2020. Image Credit: CC BY 2.0 Joshua Tree National Park
A Japanese startup has launched a satellite in a bid to create the first ever artificial meteor shower.
Launched from the Uchinoura Space Center by the Japanese Aerospace Exploration Agency (JAXA) on Friday, the satellite is part of efforts to create what has been dubbed "shooting stars on demand".

To achieve this, it will release small spheres that will glow as they fall through the atmosphere.

Each 'meteor shower' will use up around 20 spheres, with the first show due to occur over the Japanese city of Hiroshima in 2020. The satellite is carrying enough spheres for 20-30 shows.A second launch is also expected sometime later this year.

According to the company, each of the spheres will glow for several seconds before burning up.

If everything goes according to plan, they should be visible to millions of people.

Next story >>
What is at the bottom of Belize's Blue Hole ?
Recent comments on this story

#4 Posted by Waspie_Dwarf 4 years ago

Ain't that the truth. This artificial meteor idea isn't too bad in the great scheme of things, but there is a Russia company that wants to place billboards in orbit. That would be, in my opinion, an act of global vandalism akin to placing advertising hoardings on the pyramids or the Taj Mahal. It would also be highly damaging to Earth based astronomy. Here is an article on this idea: https://www.newsweek.com/space-billboard-russian-start-startrocket-orbital-display-advertising-1295422

#5 Posted by skrubby 4 years ago 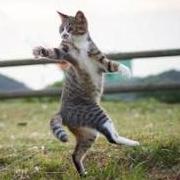 Imagine being able to have a custom made meteor shower for your kid's birthday party.  I normally don't like the ideas for illuminating the night sky beyond what nature provides but this one seems harmless and might be fun.  The corporate desire to actually put banner ads in orbit, I am dead against and always will be.  That view of the stars, with the exception of light pollution, is one of the things that tie us to every human ever born.  Seeing an ad for beer or cars up there would sicken me.

#7 Posted by AllPossible 4 years ago

I agree. Too much corporate greed already ruining the planet daily

#8 Posted by look behind you 4 years ago

This is absolutely ridiculous. What are we doing but destroying the true nature of our world. The idea of a shooting star was to be lucky, see it, and make a wish. And then afterwards tell everyone! But now this and the possible constellation ads? This is absurd and we need to enjoy our mysterious universe not create our own.

#9 Posted by Waspie_Dwarf 4 years ago

What is absurd about it? What harm is it going to cause? Artificial shooting stars are nothing new, they are produced every time a piece of space junk re-enters the atmosphere.  It seems that your argument boils down to one, simple, logical fallacy,  "appeal to nature"... it's not natural so, therefore, it must be bad. We'll I'very got news for you, global communication via the Internet isn't natural but you seem to have embraced that.

#10 Posted by look behind you 4 years ago

Lol that’s such a dumb argument. It’s not the fact that artificial stars re-enter our atmosphere through space junk it’s that to me it’s mesningless. I mean what’s the point? To your point of billboard satellite constellations its the same idea. You want to disrupt astronomy? So when we have a meteor shower etc we should be confused by Japan’s fake sphere shooting stars? It’s just pointless. Global communication through the net however is NOT POINTLESS.

#11 Posted by Waspie_Dwarf 4 years ago

You protest a lot, but your post makes it quite clear that you haven't got the vaguest clue what it is you are actually protesting about. You make the totally false claim that this will disrupt astronomy in the same way that the billboard will. It won't. The billboard will circle the Earth every 90 minutes. When it is in the dawn or dusk sky it will be particularly bright and intrusive. This is not the case with the artificial meteors. They will each last just a few seconds, the entire display will be over in a matter of minutes. Further, it will be visible only from a localised area, not glob... [More]

#12 Posted by look behind you 4 years ago

SMH...in my opinion still not cool. Just have a fire works display. Getting out of hand relax dude. ;)

#13 Posted by South Alabam 4 years ago

Hunter claims to have had Bigfoot in his...
Coronavirus (COVID-19) Pandemic