This is definitely not a good sign. Image Credit: Twitter / New England Journal of Medicine
A 25-year-old woman who was using a common pain relief drug for toothache ended up with inky blue blood.
The patient, who hails from Rhode Island, had been using an over-the-counter numbing medication containing benzocaine when she started to feel unwell and had to go to the emergency room.

Incredibly, it turned out that her blood had indeed turned a disconcerting shade of dark blue.

Dr. Otis Warren, an ER physician at Miriam Hospital in Rhode Island, quickly determined that she was suffering from methemoglobinemia - a potentially fatal condition that occurs when the iron in the blood changes form and can no longer effectively bind to oxygen and carry it throughout the body.Dr. Warren believed that her condition had been brought on by a reaction to benzocaine.

"People have no idea that something very specific and very dangerous can happen," he said.

Fortunately however the condition is actually very easy to treat using a medication known (ironically) as 'methylene blue.' Within a short period of time the woman was feeling much better.

After being kept in for observation overnight, she was free to go home the next day.

<< Previous story
'Storm Area 51' could be a disaster, say locals

#1 Posted by XenoFish 3 years ago 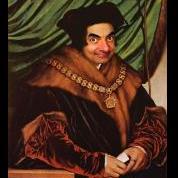 Ive heard about people who get lithium therapy for psychical deseases whose eyewhite coloured blue. An interesting treatment me thinks, but not all healthy. It is possible that this chemical product is used in the womans medication. Otherwise lead. Though tis strange indeed. Greetings, Marquis.

#3 Posted by zygote_myles 3 years ago

Wow. That's one of the craziest things I've read in a while.

#4 Posted by Jon the frog 3 years ago

'Tornado' swarm of midges caught on came...
United States and the Americas