The video was recorded in an extension wing at a facility in Chandigarh. Image Credit: Manoj Kumar
A recently published viral video shows a wheelchair seemingly moving all on its own at a hospital in India.
The movement of the wheelchair, which has since sparked speculation of a ghostly presence, was first noticed by security guard Manoj Kumar who had nipped outside for a drink of water.

In the video (which can be viewed below), the wheelchair starts to move at around 00:30s.While it's very easy to attribute the movement to the wind (especially as the wheelchair was outside), some staff members were reportedly so spooked by the footage that they have since been reluctant to come into work for the night shift due to the possibility of a supernatural presence.

"One of us had gone for the rounds and another was inside," said Kumar. "I came out to drink water and I saw the wheelchair moving on its own."

"It was just wind nothing else. I was also feeling very cold."

<< Previous story
Are conspiracy theories on the rise ?

My question would have been, why was somebody filming the surveillance footage, with their phone, unless they where expecting something to happen? surveillance footage is notoriously boring in most cases, pretty lucky that this person just happened to be filming at this exact moment. It really could not be anything but a hoax.

They probably just rewound the footage and started taping when it was about to start, no big mystery there. They weren't recoding it LIVE on the phone.

#41 Posted by Impedancer 3 years ago

Plus we can wheel him out when he's drunk as a skunk  :-)

And ... is there a queue?  I have him on ignore, but he gets quoted so much .... I'll be happy to go one on one - might get some peace and quiet and an improvement of the local IQ level.

#44 Posted by Ebenezer_J_Booze 3 years ago 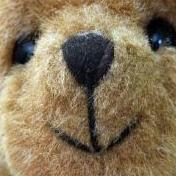 Well, that is quite some wind powered trip, I suppose? I'd like for them to leave that wheelchair there for multiple windy nights and see if the trip gets replicated, even anywhere near to the length it did on the video? Sure it can just be wind, but I've never seen wheelchair move that far "wind powered" - even if there was a downward slope in the end. At least it's an ecological way of getting around.

#45 Posted by Ebenezer_J_Booze 3 years ago

Papageorge just might be an infamous drop bear, so all of us should be aware. If agitated enough, he just might go on a Wolverine like killing spree and leave us all black, blue and bloody.

#46 Posted by SecretSanta 3 years ago

It was windy and the back of the chair basically acted like a sail plus it’s going down a slope. I’ve seen shopping carts get blown across a parking lot on a very windy day.

This looks quite real

#48 Posted by ThereWeAreThen 3 years ago

Yup it's a real video of a wheelchair getting blown in the wind.

Click here to view all 48 comments on this story