It is not clear if the culprit was under the influence. Image Credit: CC BY-SA 3.0 Alistair Fernandez
A 38-year-old man in Spain recently rammed his way into a church in Toledo after believing that he was possessed.
The bizarre incident, which occurred earlier this month at the San Juan Evangelista church in Sonseca, reportedly started when the man began knocking on the building's outer doors.

After gaining access, he was prevented from entering further by a second set of internal doors.

Seemingly hell-bent on getting into the church, he went back outside, got into his Jeep Compass and then drove at full speed at the doors in an attempt to brute-force his way through them.

A woman who had been there at the time went to help believing that the man had been in an accident, but as she approached he rolled down the window and shouted abuse at her, prompting her to leave.When the vehicle finally came crashing through the doors, it drove at speed up the center of the church between the aisles before coming to a dead stop just in front of the altar.

Incredibly, nobody was seriously injured and the police arrived soon afterwards.

The man, who runs a nearby shop, told officers to leave him alone because he was 'possessed'.

He has since been sent for a mental and toxicological evaluation at a local hospital.

#1 Posted by Eldorado 3 years ago

"Care in the Community"? 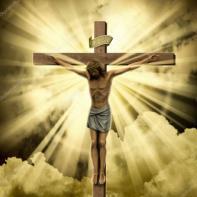 #3 Posted by Eldorado 3 years ago

I was wondering if they had severe mental health problems but were medicated and left to their own devices rather than treated in an institution.

#5 Posted by Twisted_Caulk 3 years ago

Good thing everyone wants to ban firearms :) that's definitely the only method that crazies can choose to do harm to people and property. *Wayne's World audio clip* Nottttttt!

How 'a bit of fun turned into a nightmar...
United States and the Americas

Christians a minority in England
Cryptozoology, Myths and Legends