This is what Earth would be like without oceans

Fortunately this is unlikely to ever actually happen. Image Credit: YouTube / Dr James O'Donoghue
A new NASA video shows a simulation of what would happen if all the world's oceans were to drain away.
In recent years we've heard a lot about the potential for sea levels to rise due to global warming, but what would things be like if the opposite were to happen and the sea simply disappeared ?

In a recently updated version of a NASA simulation originally created by physicist and animator Horace Mitchell, planetary scientist James O'Donoghue, who now works at the Japanese Space Agency (JAXA), has shown just what such a scenario might be like.

The footage shows what would happen if the oceans started to disappear, first exposing the hidden areas of land surrounding the continents and then moving on to the deeper parts of the sea.

Some of these areas of land were actually exposed relatively recently during the last ice age when a lot of the world's water was locked up in huge ice sheets. Some of our ancestors would have used these land bridges to spread to otherwise inaccessible parts of the world."I slowed down the start since, rather surprisingly, there's a lot of undersea landscape instantly revealed in the first tens of meters," said O'Donoghue.

"When the last ice age occurred, a lot of ocean water was locked up as ice at the poles of the planet. That's why land bridges used to exist. Each of these links enabled humans to migrate, and when the ice age ended, the water sort of sealed them in."

By the time the simulation reaches 10,000 meters below sea level, pretty much all the water has gone.

Fortunately though, such a scenario is incredibly unlikely to actually occur in real life.

#4 Posted by Tatetopa 3 years ago

#5 Posted by OverSword 3 years ago

They forgot to eliminate all the green.

#6 Posted by DreadLordAvatar 3 years ago

Earth with no water == Mars

The oceans (and great lakes) are still there, they just aren't blue...Which leads me to believe the Borg changed them. Either by rampant pollution, or an actual intentional chemical change. Maybe the Borg use water very differently. I'm sure they still need it, as their biological components would need it.

#8 Posted by Gwynbleidd 3 years ago

There are strange lines spreading out of Florida and running across the former Atlantic ocean.  My guess is, they look like a transport rail network spreading out and running from America to Europe.  Maybe an interlink system that connects each continent.  Earth's atmosphere contains nitrogen, oxygen, argon, and carbon dioxide, but Data says the Borg Earth's atmosphere contains "high concentrations of methane, carbon monoxide, and fluorine."  Not sure if oceans can be sustained with that.  There are no clouds which hints that there is no natural way for clouds (rain) to form.  Perhaps the borg... [More]

#10 Posted by pbarosso 3 years ago

i like this idea. lets make room for billions more asian people. theyre hard working and family oriented. makes sense to me.

#12 Posted by SpaceBumZaphod 3 years ago

Don't let Greta Thurnberg see that report. She thinks the world's going to end in 12 years anyway. "HOW DARE YOU!" LOL

#13 Posted by madmikey 3 years ago 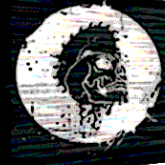 We would have no rain and we would all go bye bye.