Colonising Mars is not for the faint of heart. Image Credit: Lockheed Martin
As work on Elon Musk's prototype 'Starship' continues, the SpaceX CEO has highlighted the dangers of going to Mars.
This week, Starship SN6 - a prototype version of the ambitious spacecraft that Musk hopes will one day carry the first colonists to Mars - completed a successful test flight which involved 'hopping' approximaely 150 meters from one pad to another at SpaceX's Boca Chica facility.

The flight was an improvement over the previous SN5 test flight which took place just weeks before.

It's certainly no secret that Musk has some seriously ambitious plans for the future that involve, not just landing humans on Mars, but building up an entire colony living independently of the Earth.

"We're going to build a propellant plant, an initial Mars base - Mars Base Alpha - and then get it to the point where it's self-sustaining."

"I want to emphasise that this is a very hard and dangerous, difficult thing, not for the faint of heart. Good chance you'll die, it's going to be tough going, but it will be pretty glorious if it works out."

The timetable for the first manned mission to Mars still remains up in the air, with the date having already been pushed back considerably and with no clear target set at the present time.

Still, given Musk's past successes in the space sector, it is not outside the realms of possibility that he will eventually succeed in ushering humanity on it's next major step towards the stars.

<< Previous story
'Falmouth Shadow' runs out in front of vehicle

Next story >>
Finding ET: do aliens even use radio signals ?
Recent comments on this story

#5 Posted by Cosmic Horror 2 years ago 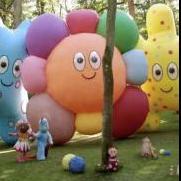 I beg to differ.  Certainly the closest analogy would be the ISS.  Firstly though the ISS is established, and despite being in orbit if something goes wrong rescue is possible, communications are instantaneous and there is always a docked Soyuz for emergency evac. Submarine is a good analogy, but If a submarine runs into trouble they can surface, return to safe port, be rescued, and they always know which way is down and have plenty of shielding from cosmic rays etc and crews will rotate periodically. I can’t really speak for the mental health of the Magellan expedition, clearly there were iss... [More]

#6 Posted by DieChecker 2 years ago

i think Cosmic Horror is probably thinking of a modern teenage, tweenager, who "need" their phone 24/7/365. And to whom running out of soda is an unbearable thought. Not thinking of a well screened, well trained volunteer, who wants to go.

#7 Posted by DieChecker 2 years ago

Just to comment on a few things... From what I've read, cosmic radiation shouldn't really be as much a problem as one might think. I believe all that is needed is a few inches of a base metal, less than an inch of a heavy metal, or several inches of water, or ice,  to shield the travelers, and they will be fine. Id imagine we're not sending people to Mars in the equivalent of a Moon lander. Theyll have lots of shielding, even if it is mainly just water.  Except the people going arent random. They are hand picked for health, mental traits, and such. And then heavily trained.

#8 Posted by Cosmic Horror 2 years ago

All true.  But the radiation effects aren’t very well understood. All I am saying is it ain’t going to be a cakewalk and on a mission where there is no backup, very little redundancy things can spiral. But even in failure these brave individuals will be paving the way.

#9 Posted by DieChecker 2 years ago

Agreed. Not a cakewalk. But not a death sentence either. I think theyll build as much redundant safety in as they can. Weight/size will be an issue in the design of the craft, but its going to have to be huge, and built in orbit, anyway. What is another 2000 pounds of lead when youve already lifted 500 tons into orbit.

We are probably a century away from building anything on Mars, by that time hopefully material science and other related technologies would be progressed so far that would make possible for humans to survive. A better approach would be to drop shipments upon shipment of raw materials on Mars assuming that the launch window is every 3 year, there would be around 33 packages dropped during 100 years, initially we should not drop anything high tech because it could be superceded, dropping off construction materials, survival rations etc, then followed by return fuel, water scientific equipments,i... [More]

#11 Posted by bigjonalien 2 years ago

But will they procreate? Live long and prosper!

#12 Posted by Humbled Hypocrite83 2 years ago

I'm not sure why everyone is so surprised.

The first french settler in north east Canada had a big deal on surviving too...most of them got scurvy and a bunch died of it... Imagining Mars colonisation without the risk of death is a bit childish.

True, Musk would have to land in an area that is as desolate as he could find, as NASA would most likely be a co-,...umm, joint adventurist, and matisulasory plan out video streams and images, so Earth gets what they want to get. No doubt that technical difficulties would increase as the solar panels are cleaned by electrostatically charged dust devils, or never mind!

Thrombosis and thrombocytopenia are rare...
Extraterrestrial Life and The UFO Phenomenon

NATO wonders how to avoid clash with Chi...
UK and Europe