The Tunguska event occurred on June 30th, 1908. Image Credit: PD - Leonid Kulik
Scientists are still investigating exactly what flattened part of the Siberian wilderness back in 1908.
Few natural disasters in the 20th Century have generated as much discussion and debate as the massive explosion that occurred in Tunguska, Siberia 113 years ago - an event so destructive that it managed to flatten more than 80 million trees over a 2,000-square-kilometer area.

Fortunately the disaster happened in a sparsely populated region and aside from one deer herder who was allegedly killed by the force of the blast, there were no other reported casualties.

Exactly what was responsible for the explosion however has long remained a topic of heated debate, with some shunning the conventional meteor theory in favor of other explanations such as a volcanic eruption, a comet impact or even extraterrestrial intervention.Since 1908, there have been somewhere in the region of 1,000 papers published on the disaster, demonstrating just how much it has intrigued the scientific community over the years.

Just last year, Russian scientists started combing Siberia's remote Lake Zapovednoye in search of 'cosmic matter' that could help to prove that a meteor was involved.

A similar expedition in 2013 had also reported finding fragments that could have come from space.

Perhaps the most important thing we have learned from the incident however is that large objects from space can and do hit our planet with alarming regularity and that we should not be complacent - a message that was brought in to alarming focus when a space rock exploded over the Russian city of Chelyabinsk back in 2013 with between 20-30 times the energy of an atomic bomb.

If another Tunguska event happened over a major city, it would be an unprecedented disaster.

Next story >>
Earth was 'primed for life' 2.7 billion years ago
Recent comments on this story

#4 Posted by Manwon Lender 7 months ago

I was also under the impression that this was solved, and the explosion was caused a Asteroid or Comet. Apprently they found fragments of stone, in trees around the area where ground zero was located.

#5 Posted by jeem 7 months ago

I remember reading it was  caused by the release and explosion of  million tons of natural gas from within the Earth's crust.

#6 Posted by Ianus 7 months ago 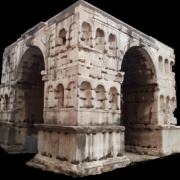 The department of physics of the university of Bologna has organized expeditions to the site in the '90s. They have a dedicated page hosted by the INFN (istituto nazionale di fisica nucleare) with plenty of information on their work on the matter, in English!: https://www-th.bo.infn.it/tunguska/index.html

#7 Posted by Raptor Witness 7 months ago

He replied, “I saw Satan fall like lightning from heaven." Luke 10:18

One wittnes account: At breakfast time I was sitting by the house at Vanavara Trading Post [approximately 65 kilometres (40 mi) south of the explosion], facing north. […] I suddenly saw that directly to the north, over Onkoul's Tunguska Road, the sky split in two and fire appeared high and wide over the forest [as Semenov showed, about 50 degrees up—expedition note]. The split in the sky grew larger, and the entire northern side was covered with fire. At that moment I became so hot that I couldn't bear it as if my shirt was on fire; from the northern side, where the fire was, came strong heat.... [More]

#9 Posted by onlookerofmayhem 7 months ago

#10 Posted by Raptor Witness 7 months ago

I've always suspected that this event, was the moment that Satan was expelled to the earth, after war in heaven, because immediately after, we see this forecast by Daniel ... fulfilled. The massive increase in knowledge, which will lead to manned flight and the development of nuclear technology and the television. This enables "fire from heaven, to be performed in full view of men."  Both of these technologies appeared at the same time, on earth.  "But you, Daniel, roll up and seal the words of the scroll until the time of the end. Many will go here and there to increase knowledge.” Daniel 12:... [More]

The witness account and the damage on earth is consistent with the impact  of a celestial body that is very loosely aggregated. A ball of material clung together by microgravity. As it hits the atmosphere it becomes like a cloud of millions if small meteorites. None of them survives entry in the atmosphere. It produces a lot of heat and a giant shockwave.

I find those witnesses accounts very interesting on a two-fold account: for once, they bring that wondrous event back to ground, they incite us to analyse it in terms of solar-system bodies interactions, instead of ante-litteram nuclear weapons or such things; secondly, but much interestingly, they open our eyes to the presence of men and women in faraway (from our viewpoint) countries, to their day-to-day lives, to the actuality of the siberian villages in the '10s of the last century. People, newspapers, their link with Moscow and with the world at large.  It's an eye-widening side-effect of... [More]

#13 Posted by Sir Wearer of Hats 7 months ago

Everything we see is a mash-up of the br...
Space: Astronomy and Astrophysics

Astronomers spot object unlike anything ...

Scientists reconstruct the face of a female mummy

Mysterious pulsing object could be new class of star