Underneath is thought to be some sort of burial chamber, however to date no evidence of remains has ever been discovered at the site, raising questions about who or what was once interred inside.

Recent excavations have indicated that the site was originally home to an earthen mound that pointed to another structure nearby, before being rebuilt and realigned a few hundred years later.

"This is a ceremonial landscape like those around Stonehenge or Avebury, but rather earlier," project leader Julian Thomas from the University of Manchester told Live Science."It certainly implies that this is a location that was politically or spiritually important at the start of the Neolithic."

These days, Arthur's Stone is one of the most recognizable monuments in the English countryside.

Thought to have earned its name from Arthurian folklore, the structure was more recently believed to have been the inspiration behind the stone table in The Lion, The Witch and The Wardrobe.

It dates back around 5,700 years, long before the alleged time of King Arthur and predating even the generally accepted date of Stonehenge - perhaps the world's most famous Neolithic monument.

Exactly who built it and why, however, remains unclear.

I'd hardly describe it as "one of the UK's most famous Stone Age monuments".   More like of the the lesser known ones!   But more info (and pics) of it here: https://www.english-heritage.org.uk/visit/places/arthurs-stone/

#2 Posted by jethrofloyd 1 year ago

One has to wonder how did people from Stone Age managed to transport and lift such a heavy stone block? It would be very difficult and a feat even with today’s technology and machines.

#3 Posted by KingArthur 1 year ago 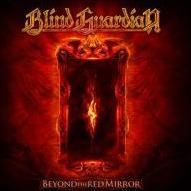