The fragments describe a different version of a famous King Arthur story. Image Credit: Charles Ernest Butler
The seven hand-written parchment fragments were found in the archives of Bristol's central library.
While the story of King Arthur, the Knights of the Round Table and their adventures in Camelot have been familiar themes in movies, books and television shows for years, the historical origins of the legend and the real-life events on which it is based have long remained a topic of academic debate.

Now though, one more piece of the puzzle has been unexpectedly unearthed in an archive in Bristol.

According to researchers, the parchment fragments, which are written in Old French and tell the story of the Battle of Trebes, were found inside an unrelated volume by a 15th-century French scholar.It is believed that this particular version of the story, which describes how Merlin rallied the troops while wielding a magical dragon standard that breathed fire, may have served as a source for Sir Thomas Malory's famous 1485 reworking of Arthurian legend - Le Morte D'Arthur.

"Time and research will reveal what further secrets about the legends of Arthur, Merlin and the Holy Grail these fragments might hold," said Dr Leah Tether of the International Arthurian Society.

"The south-west of England and Wales are, of course, closely bound up with the many locations made famous by the Arthurian legend, so it is all the more special to find an early fragment of the legend - one pre-dating any version written in English - here in Bristol."

If you are a fan of the Arthurian legend, then this discovery will interest you.#KingArthur https://t.co/2Zs5tlxGY2

#6 Posted by skliss 4 years ago

We saw the Book of Kells at Trinity College. The illustrations are beautiful. I bought postcards from their gift shop and put them in frames that I hung in my foyer.

#7 Posted by third_eye 4 years ago

One of Ireland's greatest treasure ... I can totally understand why ... THis Documentary on youtube might be of interest to you LINK I enjoyed it immensely - Irelands Treasures Uncovered Alan Medeiros Espada • 107K views It's about an hour long ~

#8 Posted by Ozymandias 4 years ago

Arthur, if he was a real individual, lived in either the late 5th or early 6th century, most likely the latter. First Viking raids on Britain occurred in 793. They are separated by 250 years. Great find. As a young man I went through an Arthurian phase in which I studied all the theories about King Arthur. In the end I had to accept there was/is no evidence of any significance attesting to his reality.  The Arthurian stories were the Game of Thrones of the early medieval period.

#9 Posted by PrisonerX 4 years ago

Knights Templar were "quasi"? Check out the various historical accounts of the Cathars, you may think differently thereafter.

#10 Posted by Captain Risky 4 years ago

Cathar history is pretty cool too.

#11 Posted by PrisonerX 4 years ago

#12 Posted by jaylemurph 4 years ago

Nope.  The Romans brought Christianity with them in the first/second century CE. The religion waned, esp. in the central and Eastern areas of the island, but was maintained in the Celtic-speaking areas. A sixth-century sermon by a Welsh monk of the is the first reference to Arthur.  The area was famously re-converted by missionaries sent by St Gregory the Great later in the sixth century. (“Non angeli sunt, sed Angli,” he said, seeing British slaves for sell in the Roman Forum.) —Jaylemurph 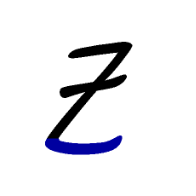 Yes, it's a bit more complicated than I made it sound. I was referring to Augustine's mission in 597 AD.

#14 Posted by HollyDolly 7 months ago

wELL THIS SHOULD PROVE INTERESTING. Sorry about that, didn't mean to shout. In any case King Arthur could have been a real person, but  records of his actual life  may have disappeared over time,  over the centuries.  Many people  thought the City of Troy was just a story,  until a german in the 1800s excavated the site. in Greece or Turkey, so why couldn't  Arthur be real?

#15 Posted by Abramelin 7 months ago

A bit more and more recent info: https://www.ancient-origins.net/artifacts-ancient-writings/merlin-manu-0015772 A book about the find: https://www.arc-humanities.org/9781802700688/the-bristol-merlin/