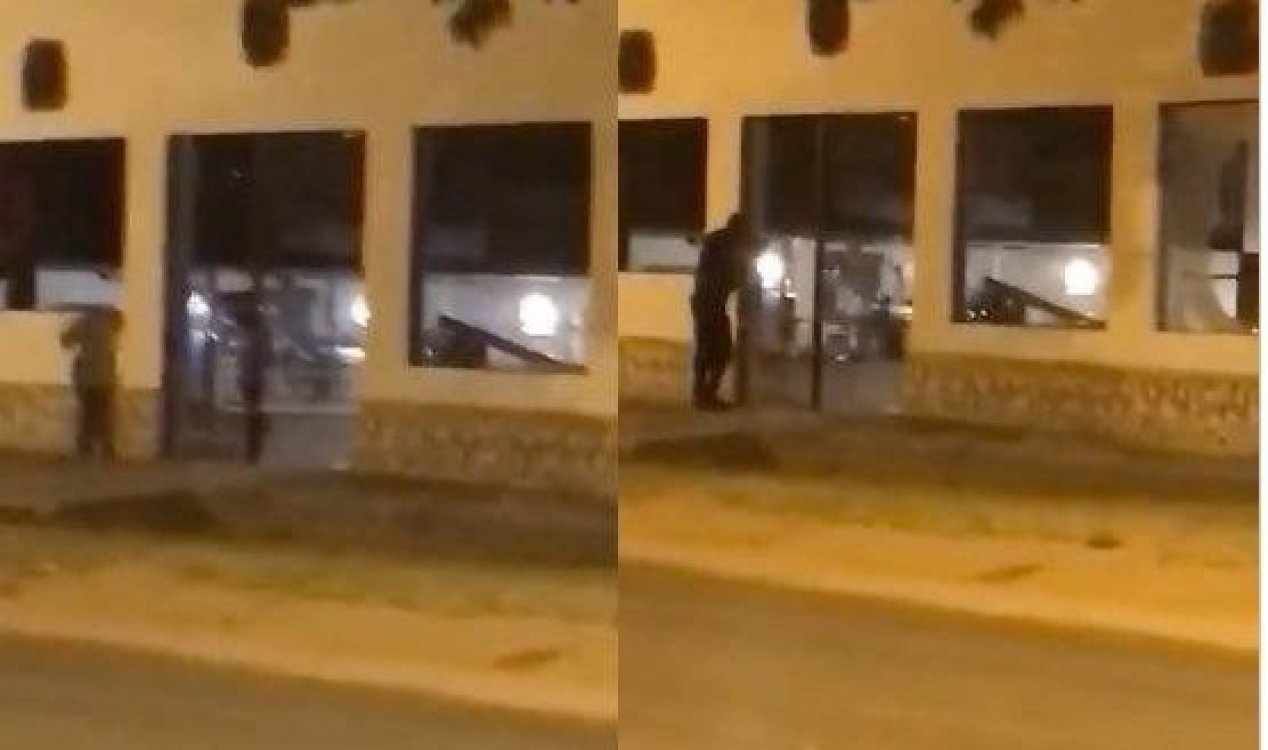 One of the cops fired his gun at the mystery perpetrator. Image Credit: YouTube / El Ancasti TV / Misiones Online
The strange clip shows a police officer firing his gun at an unidentified creature that had broken into a building.
According to a translation of a local media report, the incident - which occurred on September 16th - saw police officers being called out to attend a disturbance in the Ita Enramada area of Paraguay's capital city Asuncion.

Footage recorded of the event shows the cops approaching a building while shouting at the unidentified perpetrator who can be seen moving around inside.

What's strange about the clip is the way that the mysterious figure seems to slide down onto the floor and scuttle away in one fluid movement.

One of the cops even fires his weapon, though it's unclear if he actually hit anything.The footage quickly sparked fears that there was a 'Pombero' on the loose - a type of mythological creature of local legend said to be notorious for capturing young women in the dead of night.

It is often depicted as a small, goblin-like creature a bit like Gollum from Lord of the Rings.

Skeptics, on the other hand, argue that the creature in the clip may have simply been a monkey that had managed to break into the building (which might also explain why the cop was so quick to shoot.)

Whatever the case, it's certainly an interesting piece of footage.

Next story >>
Will it ever be feasible to send astronauts to Venus ?
Recent comments on this story

Now, now. Let's be serious here. The specimen in question is obviously an example of De Loy's ape (!): https://anomalien.com/de-loys-ape-does-this-cryptid-exist/ .

#24 Posted by openozy 2 months ago

Apparently your ability to detect sarcasm is limited. .

You mean you really didnt know it was a hoax? Relax slick, i love blatant irony. Got cha!

#27 Posted by Occupational Hubris 2 months ago

Thanks for confirming my point.

You continue to reveal your literary and intellectual inadequacies. Not impressive. ,.

#31 Posted by DieChecker 1 month ago

It's just a burgler trying to not get shot.