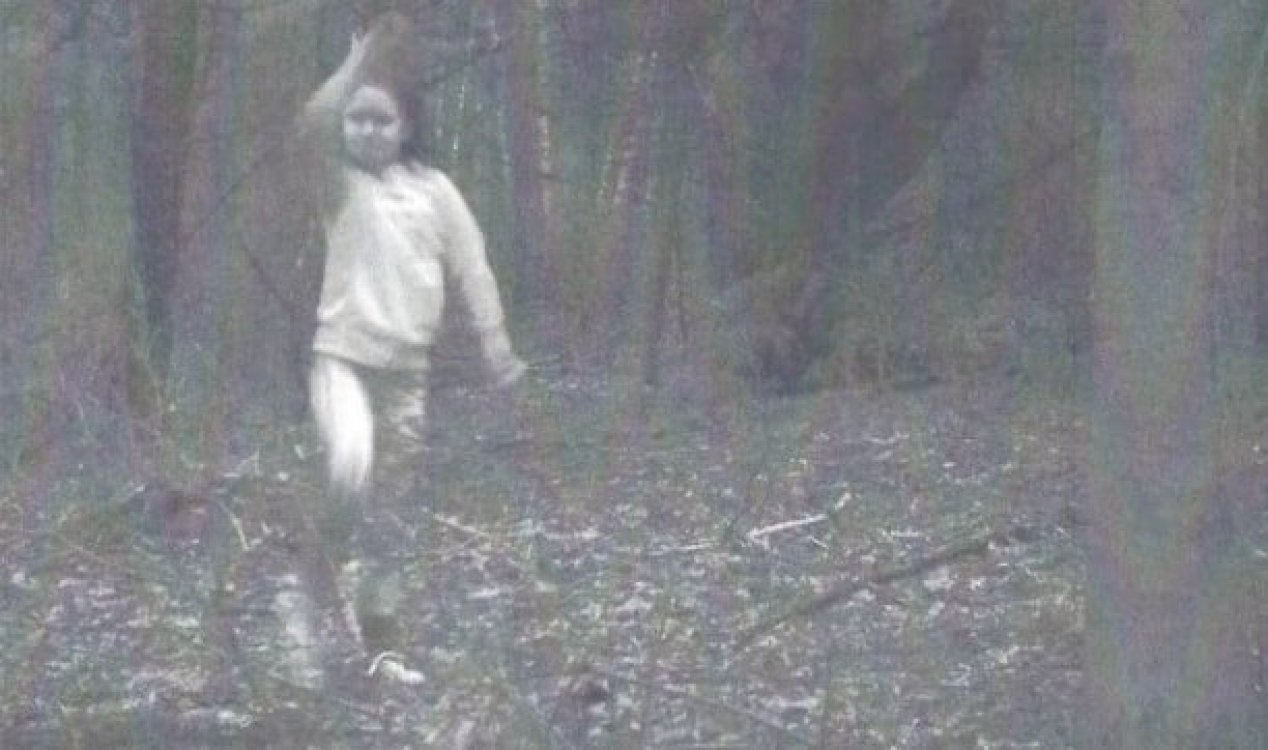 Not all ghostly figures are actually ghosts... Image Credit: Twitter / George Bell / @WTEN
A camera set up in a remote area of woodland in Upstate New York had picked up something unexpected.
When the new landowners of an area of woodland in Washington County decided to repurpose it as a hunting area, they first set up a trail camera to make sure that nobody else was using it.

Much to their surprise, the camera had soon picked up the image of a ghostly, semi-transparent young girl in an area that should have otherwise been deserted.

"I've lived here all my life and I've never heard of a ghost running around the woods," he said. "There is some creepy stuff in this town - there has to be an explanation."

Keen to find an answer to the mystery, the landowners decided to release the photograph to the public to see if anyone recognized the girl or could otherwise shed some light on the mystery.While many came forward to suggest that the image was that of a ghostly apparition, the truth of the matter would finally reveal itself a few weeks later.

Far from being a ghost, the girl was in fact the granddaughter of a local businessman who had been walking through the woods with her at the time.

He had been completely oblivious to the whole thing until someone had shown him the image.

"Some people were really hoping this was a ghost story," he said.

The case just goes to show how easily something as simple as a photograph of a girl in the woods can be mistaken for evidence of the paranormal.

#1 Posted by acute 2 months ago

I'm not sure why anybody thought she was a ghost.

#2 Posted by stereologist 2 months ago

This says it all. From the OP link

But the 'paranormal investigators' said it's a ghost. So, it must be a ghost girl.

#4 Posted by ThereWeAreThen 2 months ago

#5 Posted by Rolci 2 months ago

No real paranormal investigator would suggest that ghosts wear sneakers and socks.

This is a great example of why im a cynical skeptic the landowners all but insisted ghost was the likely answer not a living kid.

It's not a ghost? That can't be right. The photo is in black and white?

#8 Posted by newbloodmoon 1 month ago

The credulity of some people. Even when I was a staunch believer in the paranormal I would love to think that I would have my doubts on that pic.

#9 Posted by LadyPhoenix 11 days ago

"Semi-transparent"???  Looks like a regular kid to me.  Sheesh!  What will people not do for attention?