Ghostwatch: 30 years on from the TV show that gave people nightmares 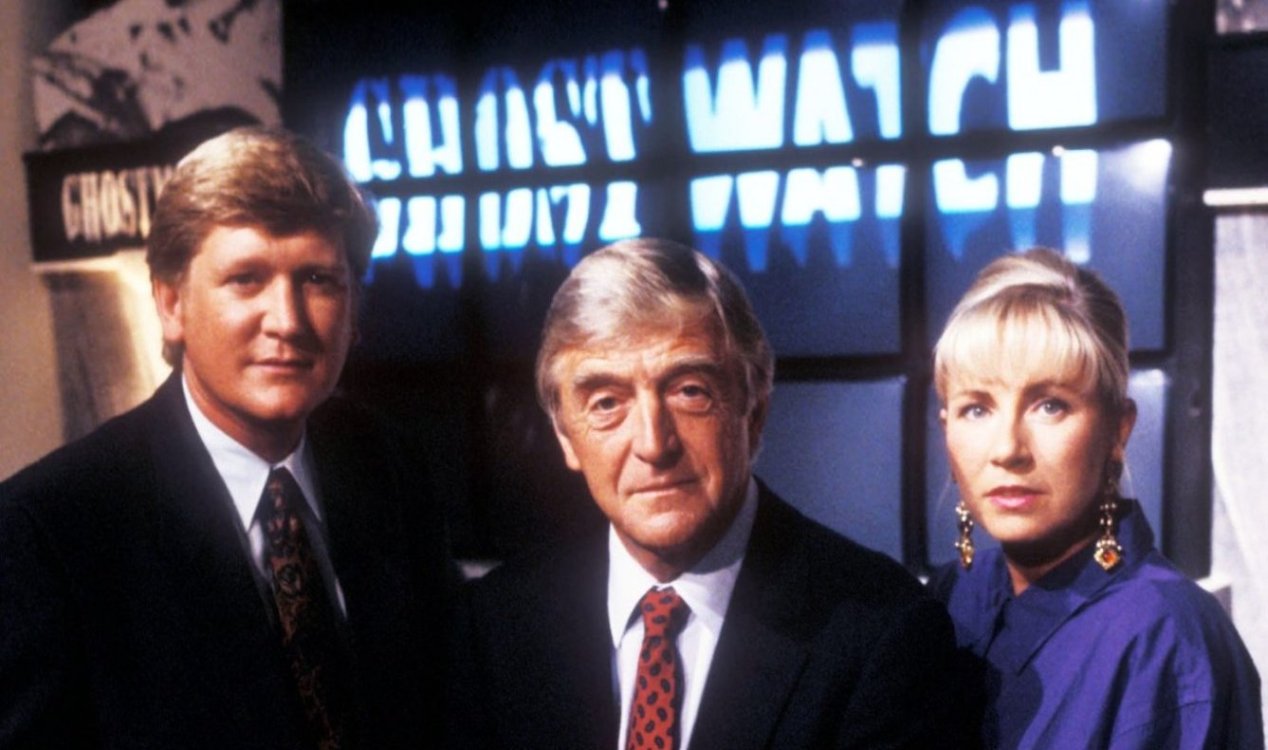 The show was watched by over 10 million people. Image Credit: BBC
On October 31st, 1992, the BBC broadcast a 'live' (and fake) ghost hunting show that was arguably way ahead of its time.
Paranormal shows might be commonplace today, but in 1992 in the UK, there had never been anything quite like Ghostwatch, a supposedly live and genuine broadcast documenting efforts to investigate a haunting very similar to the Enfield Poltergeist case.

The studio segment, which featured viewer phone calls and interviews with supposed experts, was presented by Michael Parkinson and Mike Green - two well known BBC presenters who nobody would have ever expected of being involved in any kind of spooky chicanery.

Craig Charles, who is best known for his role as Lister in Red Dwarf, headed up the 'on the street' live segments while Sarah Greene, another well known presenter, broadcast from inside the home of a single mother and her young children who were the focus of an alleged poltergeist haunting.

What made the show stand out was the fact that it was presented as a factual show and it featured several sequences, including background appearances of a ghost and the alleged possession of a young girl, which at the time terrified younger viewers and generated numerous complaints.At the end of the show, those still tuned in were even led to believe that their collective viewership had enabled the poltergeist - named 'Pipes' - to take over the studio.

While Ghostwatch would have been pretty uneventful if it had premiered today, for something like this to be shown in a primetime slot on the BBC (with 10+ million viewers) in the 1990s was completely unheard of.

Even to this day, the show has never been repeated (at least not in the UK).

It remains one of the most notorious shows ever broadcast on British television.

#1 Posted by jethrofloyd 27 days ago

The first time I hear that Michael Parkinson played the 'real' Ghostbusters. Stick to the interviews with a celebrities, Michael. Leave a ghosts to the Bill Murray and Dan Aykroyd instead!

#2 Posted by Gilbert Syndrome 27 days ago

Ghostwatch was fantastic, I remember it well. It was pretty creepy and very unique.

Still freaks me out now.

This episode of mass panic was a bit like Orson Welles and the War of the Worlds back in the 1930s imo.  What a great halloween prank.  A pity that so many latent schizophrenics lost their minds over it, poor dears.

I watched it at the time, it was a great idea for a TV show. It was eventually copied by the ghost hunting shows. Parky's involvment gave it some extra weight but it was obviously make believe.

Interesting. Must be a Brit thing I've never heard of it. I'd like to check it out.