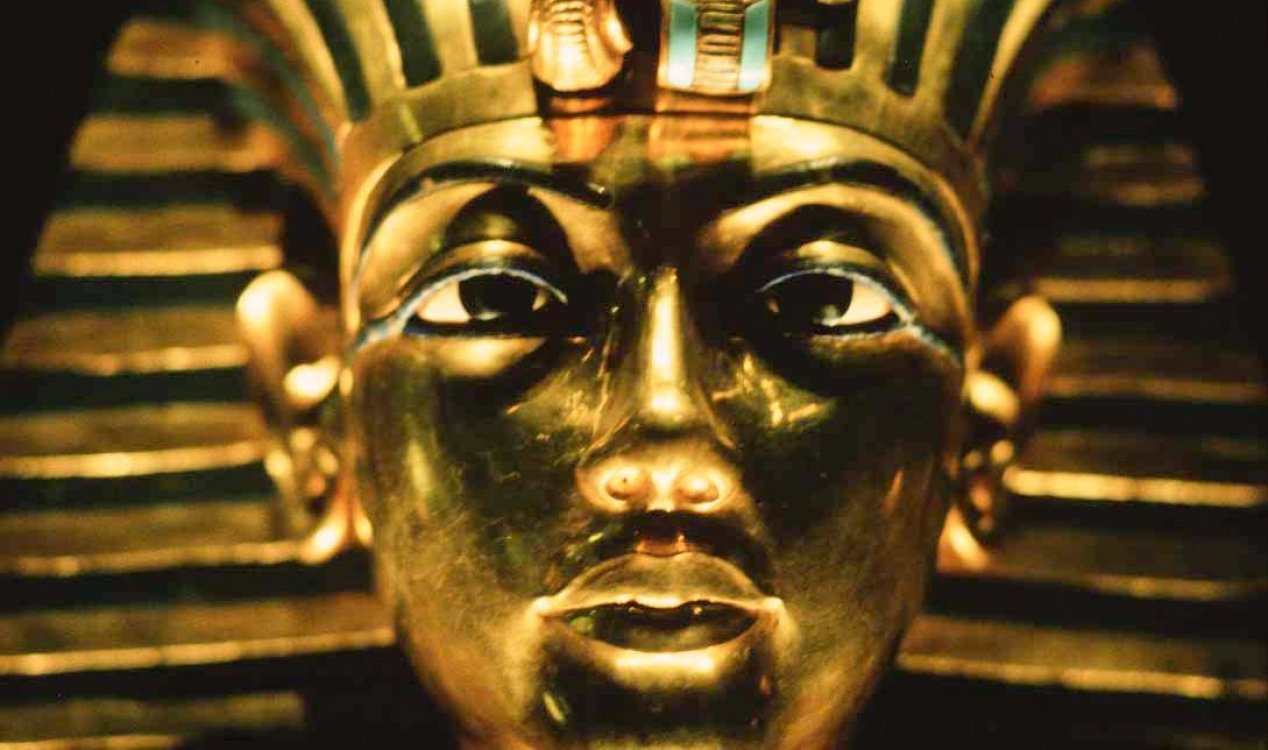 Tutankhamun's story is one of intrigue and tragedy. Image Credit: CC BY 2.0 Steve Evans
His tomb's discovery was one of the most significant in all of Egyptology, but what do we actually know about King Tut ?
One hundred years ago, our understanding of ancient Egypt changed forever when the tomb of King Tutankhamun was found on November 4, 1922 in the Valley of Kings. Born around 1305BC, Tutankhamun only ruled Egypt for about ten years. Yet his tomb was furnished with never-before-seen riches.

Our fascination with mummies is understandable. Gazing on the face of a prehistoric Egyptian king makes these ethereal and majestic rulers seem more real. The discovery of Tutankhamun in his original resting place, complete with all his possessions, makes us feel a connection to a primeval past. It transports us back in time to the funeral of a young king.

Studies of Tutankhamun's life are often overshadowed by the sensational rumours that surround the discovery of his tomb, such as persistent whispers of a curse. But if we allow the gossip to get in the way of seeing Tutankhamen the person, we'll miss out.

1. Tutankhamun's death is still a mystery

It's difficult to find out why someone who lived a long time ago died. Tutankhamun is no exception. People in ancient Egypt lived shorter lives because they didn't have the same healthcare as we do. But Tutankhamun died at around 19 years old, which was young even for ancient Egypt.

Recently, studies using x-rays, CT scans and DNA testing showed Tutankhamun had malaria, along with some other medical conditions such as a cleft palate. He also broke his leg just before he died. This information helps us build a picture of Tutankhamun's health before his death. It doesn't tell us exactly how he died though, except that there is no sign he was murdered.

2. He was buried with flowers

When Tutankhamun's tomb was opened in 1922, he was wearing a collar made of flowers. They were in good condition because they were sealed inside the coffin with him. Funeral bouquets have been found on other mummies. But this is the only royal burial where all the flowers were found just as the ancient Egyptian mourners left them.

Flowers were important to ancient Egyptians, who painted pictures of flower gardens on the walls of their tombs. Flowers were admired for their beauty, their perfume and for symbolic reasons. Studies of the flowers and fruits used in the collar show that Tutankhamun was buried between mid-March and late-April. Preparing his body for burial would have taken 70 days, which means Tutankhamun most likely died in wintertime.

The ancient Egyptians followed a "recipe" when they mummified a person. After removing the brain and internal organs, a salt called natron was used to dry the body out. This produced a mummy that could survive for thousands of years but had a shrunken, gaunt appearance.

Ancient Egyptians believed the soul, or Ka, needed to return to its body to exist in the afterlife but the Ka had to be able to recognise its body. So, to make his face appear more lifelike, substances such as resin were pushed under the skin of Tutankhamun's face to plump it out.

Until recently it has been assumed that Tutankhamun was embalmed quickly and poorly because he died suddenly. But the most recent CT scans show this is not true. Packing out the face would have taken time and skill. 4. Tutankhamun had company on his journey into the afterlife

It is hard to escape the mental image of Tutankhamun lying in his tomb in splendid isolation. He was not, however, the only person buried in the tomb. Two miniature coffins were found in a wooden box in the tomb's treasury.

A study published in 2011 showed these coffins contained two female foetuses. One was around five-to-six months gestation, the other was around nine months gestation, dying at or around the time of birth. It is most likely these are the daughters of Tutankhamun and his wife Ankhesenamun, and that they died before their father.

It is rare to find a mummified foetus. The ancient Egyptians did mummify some children but even this was uncommon. The loss of his children was obviously very important to Tutankhamun, so he wanted them with him in the afterlife.

5. Fame has not always been kind to Tutankhamun

As many of our celebrities today will testify, fame isn't always good for you. This is certainly the case for Tutankhamun, whose renown has brought overzealous scientific study and damage to his body.

Tutankhamun is probably the most studied mummy in the world, with the possible exception of Otzi the Iceman. The most recent studies of Tutankhamun using sophisticated CT scans have shown that his body is no longer intact or even complete.

The first study took place in 1925, very soon after he was discovered. In their eagerness to see Tutankhamun himself, the anatomists who studied him forcibly removed him from his coffin as he was stuck to it with resin. The rough handling separated his limbs and head from his torso.

Tutankhamun is the only known royal mummy to remain in his tomb in Egypt. At some point, possibly during the second world war, his tomb was again entered by an unknown person or people. Some of Tutankhamun's ribs were cut and removed in the search for amulets or jewellery.

Science has helped us understand more about Tutankhamun's health, life and preparation for the afterlife. His legacy is not just a study of his personal life. It is a record of how science fuels our fascination with the boy king.