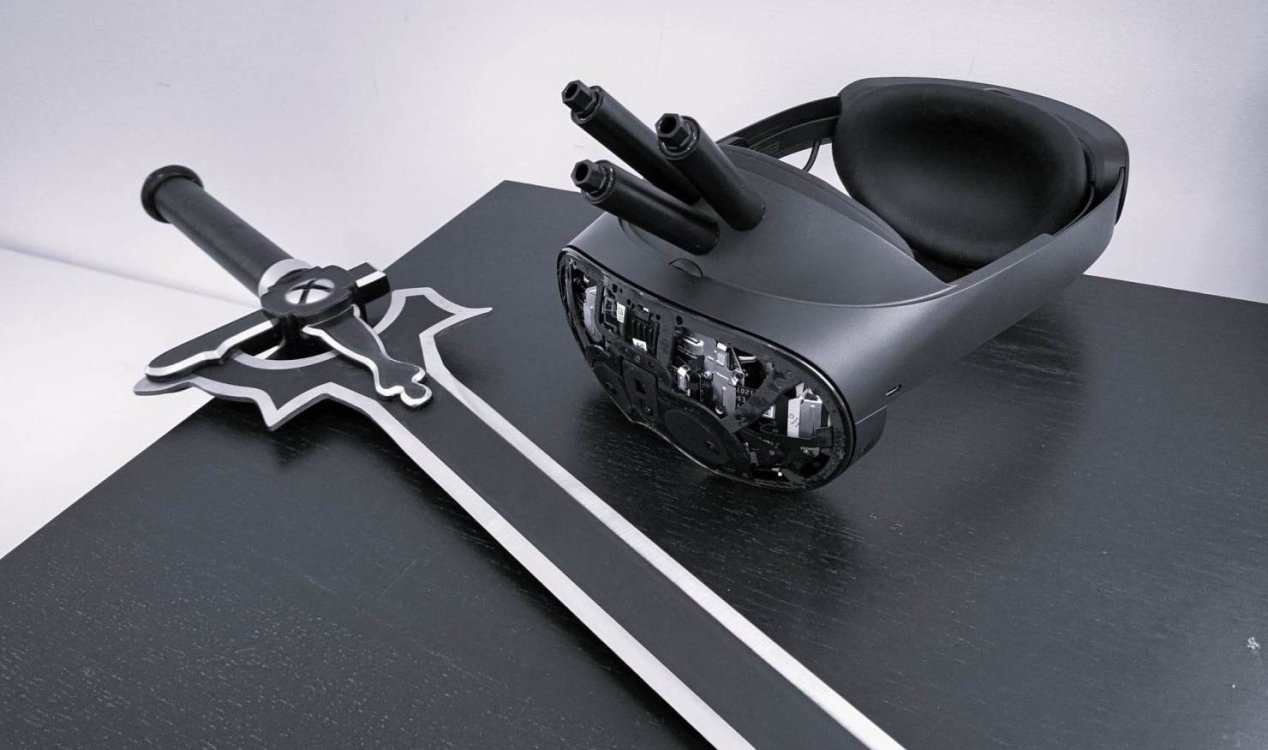 Would you play a VR game that could literally kill you ? Image Credit: Palmer Luckey
Palmer Luckey - the man who kick-started the modern VR scene - has built a headset with a rather unique and deadly twist.
Virtual reality headsets such as PSVR and Facebook's Meta Quest 2 can transport you into virtual worlds that make you feel as though you are actually there, but now one man has taken things one step further to the point where a lethal encounter in-game can mean more than just a game over screen.

Palmer Luckey, who developed the original Oculus Rift headset before the firm was acquired by Facebook, has developed a new headset that literally terminates the wearer if they die in-game.

The device is equipped with a set of explosive charges which detonate when the screen flashes red at a particular frequency, essentially destroying the wearer's brain and killing them instantly.

The idea pays homage to a similar device in the Sword Art Online manga series."The idea of tying your real life to your virtual avatar has always fascinated me - you instantly raise the stakes to the maximum level and force people to fundamentally rethink how they interact with the virtual world and the players inside it," Luckey wrote.

"Pumped up graphics might make a game look more real, but only the threat of serious consequences can make a game feel real to you and every other person in the game."

So far Luckey has not been brave enough to actually try his new headset on because the mechanism is "too volatile" and at the moment he doesn't have a game worthy of the concept to play on it.

"At this point, it is just a piece of office art, a thought-provoking reminder of unexplored avenues in game design," he wrote.

#3 Posted by Dreamer screamer 25 days ago

Film: Ready player one  Sign of a future controlled by the Corporations???    What is the difference between rollerball where two sides fight it over to put a metal ball into a hole; this, where you where helmet that electrocutes and kills if you mess up.    Imagine the hackers. this is worse than caesar with his thumb down giving the order to kill.   Do you think Satan's Hollywood is trying to tell us something???

#4 Posted by Orphalesion 25 days ago

I dunno. As important as free markets are. I think whatever government that guy lives under should step in and shut that crap down.

If you're stupid enough to think that's cool you should try it out. Cull the herd of morons i.e natural selection.

Well this doesn't sound like a ****ty idea or anything

this is already been used for millennia. its what is built into our reality.

What an incredibly stupid idea.  He needs his head read.

Just so everyone knows, this is not a commercial device, and he has no plans to "attempt" to make it a commercial product (which no company would agree to make anyway) He calls it "office art", whatever that means.

#11 Posted by jethrofloyd 24 days ago

So, the real bullfighting is no longer the most dangerous game in the world.

#12 Posted by LadyPhoenix 11 days ago

Surreal.  Even if he has no plans to market the device, why create it in the first place?  Imagine the idjit types that call S.W.A.T. raids on people that beat them in a game, sending someone one of these instead?  Is the dude's plan to destroy the VR industry?  How many people won't trust any headset due to this?