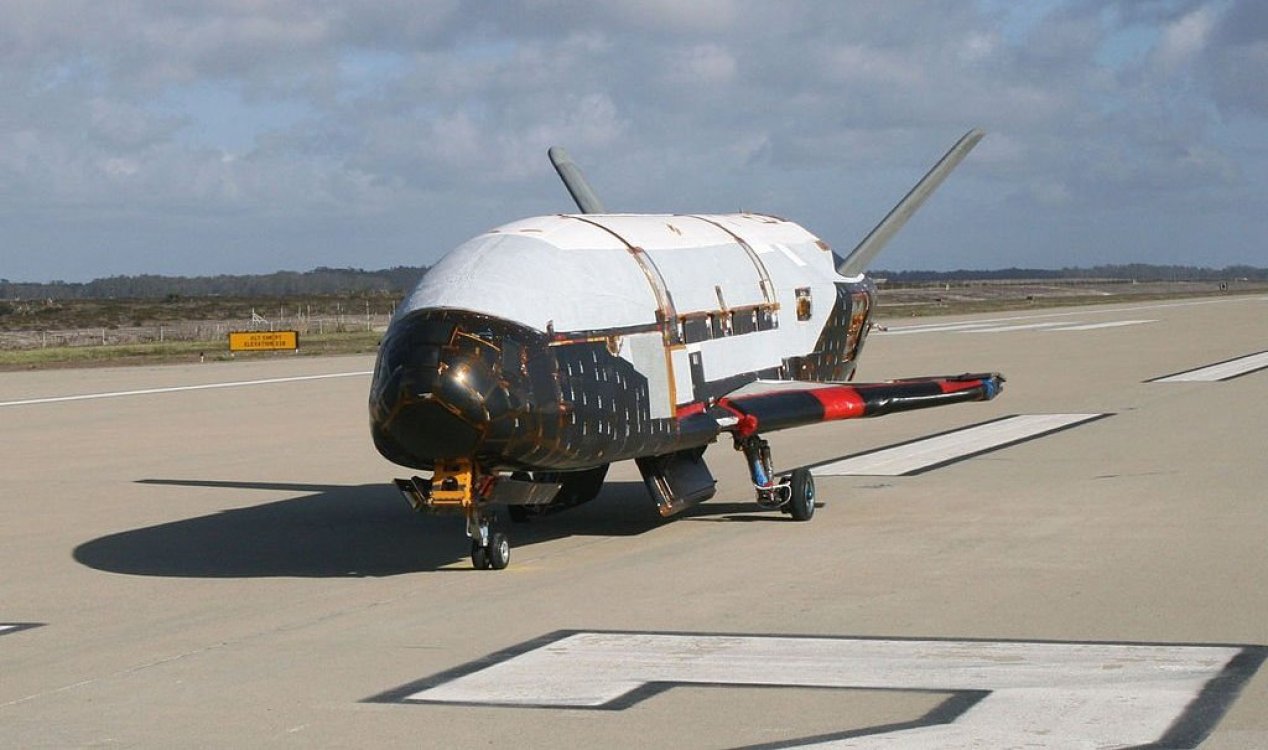 What has the X-37b been up to this time ? Image Credit: United States Air Force
The end of the spacecraft's current mission was marked by a series of sonic booms over Florida on Saturday.
Resembling a miniature version of NASA's now-retired space shuttles, this pint-sized robotic space plane was passed over to the US Department of Defense back in 2004 and has since embarked on a series of secretive orbital missions, sometimes spending over a year at a time in space.

Its latest mission began on May 17th, 2020 when it launched into the heavens atop a United Launch Alliance's Atlas V rocket from Cape Canaveral in Florida.

As is typical with the X-37b's activities, most of its mission objectives had been kept confidential, though we do know that it was conducting a number of experiments for NASA including a study into the effects of long-duration spaceflight on seeds.

Just like its Chinese counterpart which was in the news just last week, it's not difficult to imagine that it had also been carrying out some sort of clandestine surveillance.Its return to Earth at the weekend after over 900 days in orbit was marked by a series of loud sonic booms that could be heard for miles around as it came in to land.

"The X-37b continues to push the boundaries of experimentation, enabled by an elite government and industry team behind the scenes," said program director Lt. Col. Joseph Fritschen.

"The ability to conduct on-orbit experiments and bring them home safely for in-depth analysis on the ground has proven valuable for the Department of the Air Force and scientific community."

"The addition of the service module on OTV-6 allowed us to host more experiments than ever before."