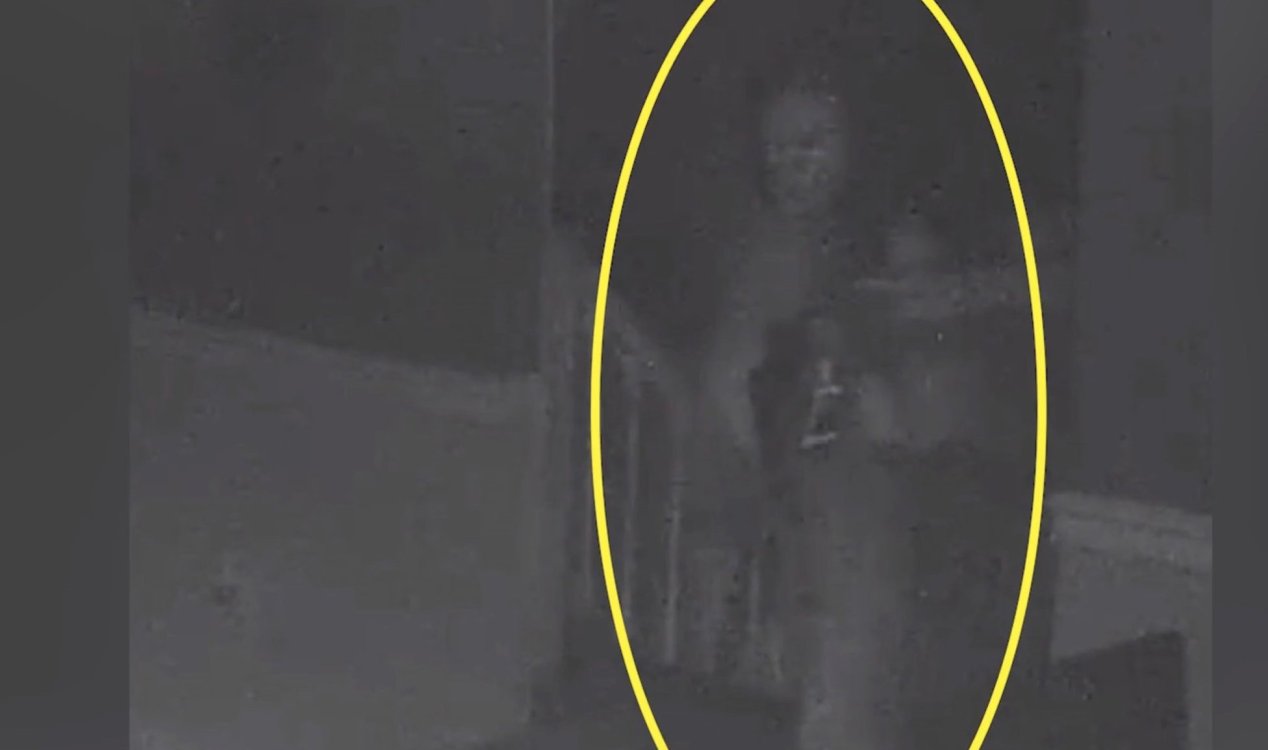 Image Credit: Amanda Pitt / New York Post / Kennedy News and Media
A mother-of-four was recently left 'scared to sleep' after spotting something unnerving on her home's CCTV system.
34-year-old Amanda Pitt had been lying in her bed at around 3:40 a.m. on October 21st when she heard the distinct sound of heavy footsteps downstairs.

Unnerved, she checked the footage from the CCTV security system and was immediately struck with horror when she spotted an eerie figure standing in the doorway of the kitchen.

"I kept going back to the camera, but I couldn't see it anymore, so I thought maybe I was seeing things," she told The Mirror. "I made sure Jeffrey was still in bed because I thought it could be him."

Her husband decided to venture down to confront the intruder, but after a thorough search of the house he concluded that there was nobody there and no sign that anyone had broken in.Amanda, however, was so shaken by the incident that she was unable to go back to sleep.

"Things have happened here before," she said.

"The people who lived here before didn't live here for very long, but we never found out why."

That’s not a ghost but it’s definitely a person

Hum, i saw that as stairs going up from 1st floor level my inside basement stairs are hidden in a little closet. Your post made me go look at pic better and looks to me like a person came down stairs carrying a brat or has the brat in one of those weird chest carriers, they stop at the floor level and look right where they know the came to be.

#10 Posted by jethrofloyd 19 days ago

This is not a ghost. This is the booze dealer.

Think that is one of the kids with a Halloween mask and holding a doll/teddy bear.

Papameter Reading 65% Paranormal    15% Natural     20% Hoax   I like these articles when they five first-hand testimony from the experiencer.

#13 Posted by stereologist 18 days ago

PG sadly didnt learn a thing from his eoic fail on that baby walking thru a gate photoshop that PG tried to pass off as real in turn PG was perpetrating a hoax.

Horrible photo.Looks more like a clown in the face than a ghost. Need to search there house from top to bottom ,just in case there is someone living in the basement or whatever with out their knowing it.

#16 Posted by SecretSanta 16 days ago

I still haven’t seen an updated Papameter on the video.

Sadly you likely wont a huge fragile ego is in the way to him doing that.