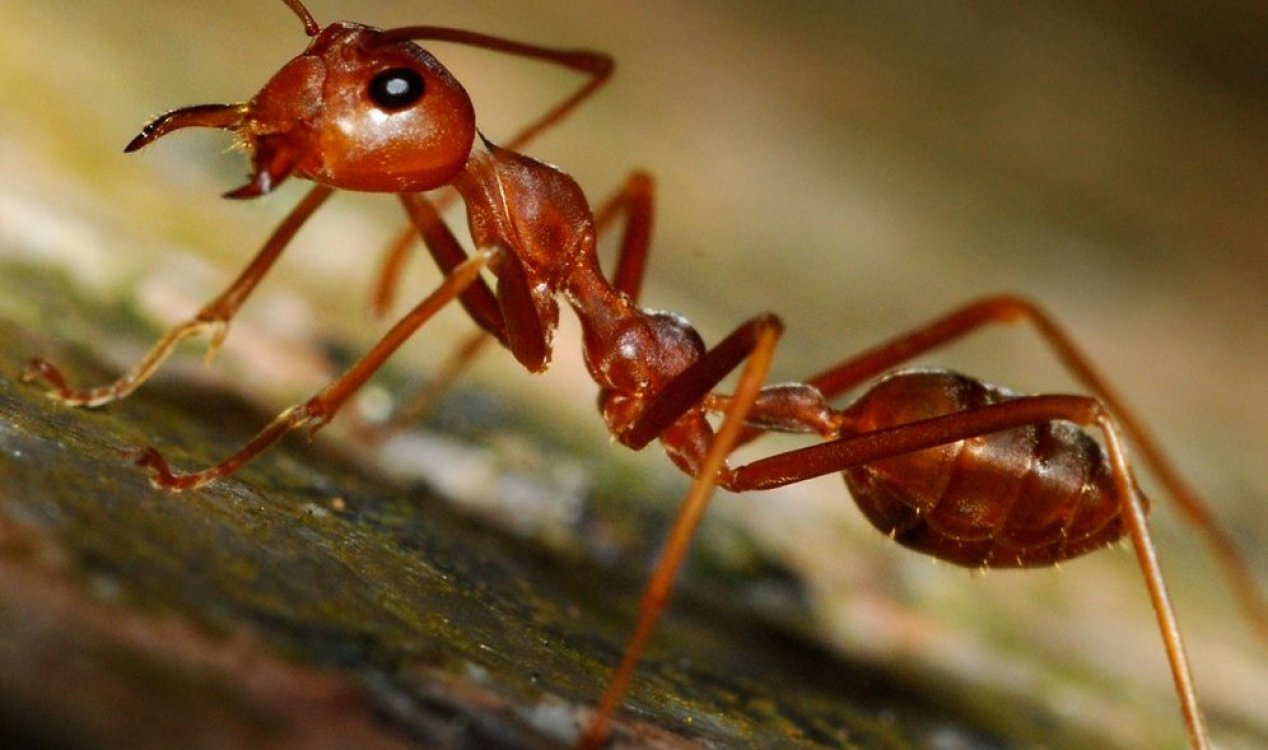 Fire ants are an invasive species in Hawaii. Image Credit: CC BY-SA 2.0 William Cho
Authorities in the state have moved to warn residents of the dangers posed by these tiny communal insects.
Being stung by a fire ant is certainly no joke - even a single sting can leave a nasty, swollen welt that can get infected and can also, on rare occasions, cause a fatal anaphylactic shock.

It's no surprise, therefore, that authorities in Kauai, Hawaii have become increasingly concerned about an ever-growing infestation of these six-legged pests which were first detected on the island in 1999.

Things are now so bad that the current levels of infestation have been described as the worst on record, prompting officials to put out warnings to both local residents and tourists alike.

"They're changing the way of life for our residents here in Hawaii," said ant expert Heather Forester.

"You used to be able to go out hiking and go to the beach."

"They can rain down on people and sting them."In some of the worst impacted areas, the infestation is so extreme that the ants have been known to enter people's homes and sting them while they are sleeping.

"We have a lot of reports of them stinging people while they sleep in their beds," said Forester.

The Kauai Invasive Species Committee has launched a media campaign to raise awareness, but the only thing that will really make a difference is containment.

Fortunately, the ants are mostly confined to a specific area of one island, so with any luck officials will be able to prevent them from spreading any further in the coming months.

"Our team is really good at what they do," said the committee's outreach specialist, Haylin Chock.

"I'm confident that we can keep it contained."

The committee hopes to contain the spread of millions of fire ants, Good luck!  There is only one way to get rid of them.  Quarantine every property on which they are found and spray the entire property with a chemical that doesn't poison them  but keeps their endoskeletons from growing.  Very expensive and very unlikely to happen. But even then you can't really get rid of them.  In the article it talks about fire ants raining down on people...so true!  After a rain, they build a mound and bring all their eggs into the mound to avoid saturation...then the Kings and Queens use the mound as a la... [More]

#2 Posted by simplybill 19 days ago

The fire ants in Hawaii must be different than the fire ants in Louisiana. I was helping some friends with their yard work in Louisiana and I looked down and saw my legs spotted with welts. I didn’t even know I’d been bitten, but a week later the welts began to itch and I sort of went crazy scratching my legs trying to get the itching to stop.

Back in the early 80s, I was stationed at Ft. Polk, La. The fire ants were horrible. One day we were training on an explosives range and there were huge fire ant mounds everywhere. We set a 12 pound shape charge on the biggest mound and set it off. It left a perfect post hole about 8 feet deep where the fire ants were. It's the only sure way I know of to get rid of them.

No they are the same ants.  If you didn't feel them it is because you are not allergic to the 'pain' ingredient in their venom which paralyzes the insects they sting. And 'sting' is correct.  They don't bite...they have a stinger on their tale like a wasp.  You've heard people say that mosquitoes never bite them?  Wrong...mosquitos bite everyone...but some people are not allergic to the anticoagulant injected by their probiscus,  so they never feel it.  And fire ants sting everyone...most people are incredibly allergic to the venom and it feels like, well...fire.  Hence the name.   You are a l... [More]

#5 Posted by simplybill 18 days ago

@joc You may be correct that it was a different type of ant/insect, because I didn’t feel a thing. I remember looking down at my arms and legs and seeing about a dozen welts, and I was surprised that I hadn’t even felt the ants crawling on me.  Afterwards, I wrote this story on Facebook. Note: I have a very dry sense of humor that doesn’t translate very well to the written word, but my friends that know me in person find it entertaining. March 14, 2015 I’ve been away from FB for some time, and now that I’m back, I’m struggling to come up with a good story to post! It’s been a long, cold winter... [More]

That is a great story.   Fire ants are no friend to me.  I have a 55 gallon barrel that I use to kill fire ants.   It has a spigot at the bottom.  I put the barrel on my tailgate and fill it with water and dump in a bottle of Triazicide from Home Depot.  Then I drive out to where I saw fire ant mounds and drag a water hose from mound to mound...it just trickles so I sit in a camping chair while it slowly trickles into the mound...And I talk to the ants.  I usually recite this mantra to each fire ant mound: Hello, and thank you for flying with Triazicide.  Your one way, non-stop flight to ...de... [More]

#7 Posted by simplybill 18 days ago

@joc - being a former flight attendant, I really got a kick out of that.  But now I’m curious. Next time I’m in Louisiana, I’ll go on a quest to locate a confirmed fire ant anthill and I’ll catch one ant and put it on my arm and study the results. I’ll use my iPhone to record my findings (and possibly my screaming).

You probably won't have to go too far.  They pretty much blanket the entire south.

#9 Posted by HollyDolly 16 days ago

They are everywhere, we have them here too. But people are good about killing them.Maybe this is a stupid question, but how did they get to Hawaii,? In some ship balast maybe?