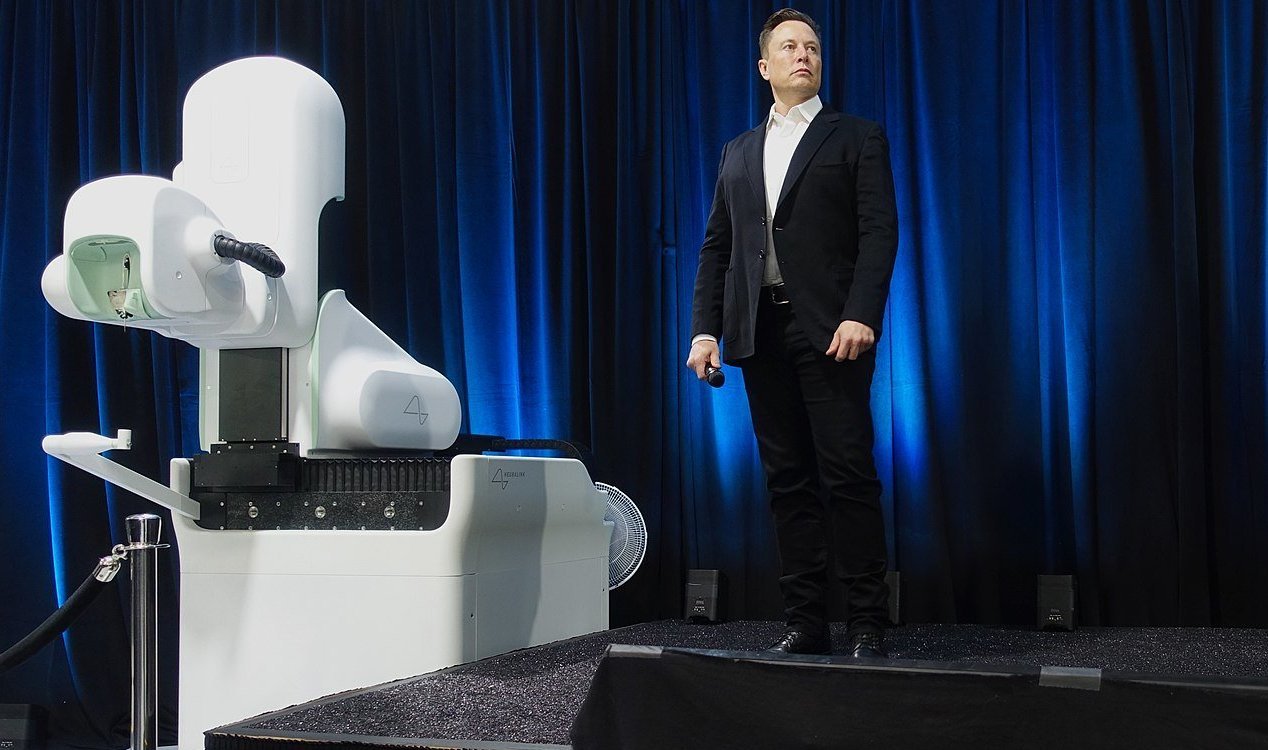 Could Neuralink revolutionize medical treatment ? Image Credit: CC BY 2.0 Steve Jurvetson
The tech entrepreneur showcased footage of monkeys 'typing' using only their brains at an event earlier this week.
Having previously been described by Musk as an answer to the existential threat of an artificial intelligence surpassing our own capabilities, Neuralink's work in enabling people to control computers using nothing but their own thoughts has certainly raised a few eyebrows in recent years.

At a glance, it may seem like an unnecessary exercise in dabbling a bit too far beyond the line that most people are likely to feel comfortable with, however it does have the potential to make great strides in improving the lives of those with a variety of debilitating medical conditions ranging from locked-in-syndrome to paralysis.

During a recent presentation, Musk showed footage of two monkeys 'typing' on a virtual keyboard to spell out a message on a screen. While the monkeys weren't spelling out the words themselves, they were responding to prompts which told them which keys to 'press'.

Impressively, though, the entire thing was being done via mind control - there was no physical keyboard.The technology undeniably works - that much at least is clear - and Musk is hoping to obtain the necessary permission to equip human test subjects with the Neuralink interface within 6 months.

One of the first practical objectives of the work will be to restore sight to someone who is blind - something reportedly achievable even if that person has never been able to see.

Later down the line it might also be possible to not only bypass impairments but to repair them and to even enhance existing senses and functionality within the human body.

Exactly how long such advancements are likely to take, however, remains unclear.

You can watch the presentation for yourself below.

#9 Posted by spartan max2 2 months ago

Musk likes to hype his stuff up. In 2021 he also claimed they planned to start human trials by the end of 2022. So I take what he says with a grain of salt. Whenever it starts though I welcome it. There is the potential for great medical advancements

#10 Posted by Tatetopa 2 months ago

Some are terrified that Bill Gates put mind control ships in vaccines.  Others are open to Elon to implant chips in their minds.  Some don't trust a mask or vaccine but based on Elon's word they would accept a mysterious chip planted  into their heads? How do we trust the source of the chips; the government, a billionaire, or some hackers that build a virus into it?  The potential is great.  So are the realized potential of science and medicine which so many seem to discount.

#11 Posted by HollyDolly 2 months ago

If this tool can be used to actually help those who are very disabled to get to live a better life, I don't have an issue. HOWEVER it's not going to end well, because then this fool and all the mad scientists out there are going to implant this into or try to put into all of us.. Not to sound preachy, but the Bible in Revelations talks about the Mark of the Beast, and this would certainly qualify .Tateopa, you are correct, how can we, if it ever gets to that point, trust these chips?

#12 Posted by Gumball 2 months ago

Adverts straight to the brain.  Personally I'd like less time with computers and not more.  My phone is an annoyance as it is.  The last thing I want is one with direct access to the only privacy I have left.

Wait until we have the same attitude to the "unchipped" as we do to the unvaxed. Thats the way we're heading, hatred for being different or making different "dangerous" personal decisions

#14 Posted by Hankenhunter 2 months ago

Anything connected to the internet has, and will be used for nefarious purposes. Military, politics, advertising, commerce, all have used the net to control people. You want someone like Musk controlling a chip in your head? Sure he dresses it up with altruistic ideas, but you don't hear about any, and all  drawbacks involved.

Sure there are drawbacks. There is always resistance when science explores new pathways. But without we would still be living in the paleolithic age.

#16 Posted by Earl.Of.Trumps 2 months ago

[applause] - good eye, Oddy. Wait until we get a president that says - "if you don't get chipped, you lose your job".  Whaaaa... we didn't learn our lesson?

#17 Posted by preacherman76 2 months ago

I wouldn’t want a chip in my head controlled by anyone. But what do you mean someone like Musk?

#18 Posted by Hyperionxvii 2 months ago

This is actually great news. This could eventually be used to cure certain incurable conditions, like Dementia and Glaucoma. The fear mongering needs to stop.  If evil people want to control everyone, they don't need anything like this. The tech is already in place and very simple. All they have to do is make a cashless society, we're almost there already, and then turn off the chips in your card when they don't like what you do. This will probably be tried. Elon Musk is not going to put a chip in your head and play you like a computer game avatar, lol, just stop it already.