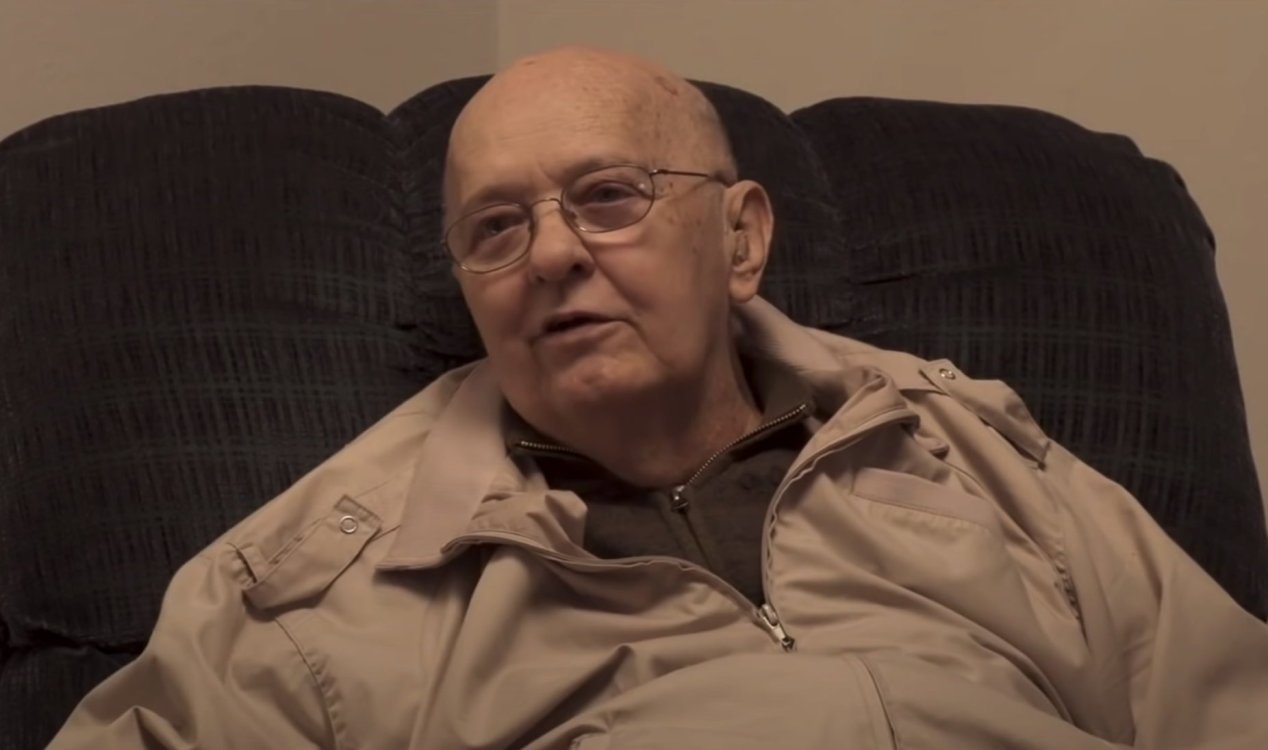 'Agent Kewper'. Image Credit: YouTube / Citizen Hearing on UFO Disclosure
A 2013 interview with a former-CIA agent who claimed to have intimate knowledge of Area 51 has been doing the rounds this week.
At the time, the 77-year-old, who went by the name 'Agent Kewper' or simply 'The Anonymous', had agreed to an interview with UFO researcher Richard Dolan and documentary maker Jeremy Corbell in what was described as a 'deathbed confession' of what he knew about what was going on at Area 51.

He had previously given an interview with journalist Linda Moulton Howe in 1998 who recorded 11 hours of audio tapes, but afterwards he was warned by the CIA not to divulge anything else.

He only agreed to the 2013 interview because he was dying and felt he had nothing left to lose.

During the session, he claimed that extraterrestrial visitors were real, that the base was housing a number of alien vehicles and that he had once been taken there himself to examine a number of artefacts (including the saucer that crashed in Roswell, New Mexico).

He even went so far as to say that there were live aliens being kept at the base's 'S4' facility.

"It took us 13 or 15 miles south to S4, and like different garage door openings, and in these garage door openings they had like different saucer crafts," he said."The very first one had (the) Roswell craft and it was kind of crashed up but apparently, every alien that was in it died except for a couple... the Roswell craft was really strange because it looked like really heavy aluminium foil."

"We could walk next to it and the whole thing probably weighed 150-300 pounds."

"At S4 we viewed the autopsy film and then the colonel said what we've got in here is we're interviewing a grey alien. "

"We had no idea we were going to see the real thing, all we saw was the film."

"It didn't look human as far as the skin tone and basically the shape of it, and the size - how its head size compared with a normal human."

You can watch some of the footage from the interview for yourself below.

You can put me on the record as stating that extraterrestrials are here and the government has been releasing its declassified UFO files, which are available under the Freedom of Information Act (FOIA).

#102 Posted by Hyperionxvii 2 months ago

Look, it's a video game from 1985... no wait, they had color back then. And better, less pixelated graphics.

#103 Posted by Hyperionxvii 2 months ago

#104 Posted by Hyperionxvii 2 months ago

I really hope you are copy and pasting all of that, because I'd feel really bad for you if you are working really hard on all that fluff.

You can review the following  performance data,  which a number of advanced airborne and ground-based tracking systems irecorded at the same time, Similar data as presented below is why  the Air Force concluded in 1948 and 1952 that the objects are "Interplanetary Spaceships." However, the Air Force knew extraterrestrials were here before 1948. No aircraft built by mankind today can perform the maneuvers as presented in the following Belgian Air Force F-16 data. I also added the F-16''s footage video from where this data was acquired and a photo of the presentation by the Belgian Air Force dur... [More]

I've acquired much of the information and links over the years and retained them in my files, including documentation from the Air Force, NSA, DIA, and the CIA, which are available under the Freedom of Information Act (FOIA). The U. S. government and those around the world have been releasing their UFO files over the years. Here is an interesting report. Cometa Report An independent report on UFOs written by the French association COMETA. This report details the results of a study by the Institute of Higher Studies for National Defence https://www.bibliotecapleyades.net/sociopolitica/sociopol_... [More]

Every time get sick, I reveal the location of the Lost Dutchman Mine. I'm feeling pretty good though, so...

One thing drives my motivation downwards although " I want to beleive" is the lack of photography from area 51 of the allege ships and aliens . There were so many cameras back then and now,  even in glasses or contact lenses. The lack of photos , missing leaks makes me highly circumspect.  I am starting to believe the USA military machine is using former employees to spread lies about ufos rather than revealing secret technologies. This way it's easy to spy and travel all over the world in ufo's rather than violating space of alies or enemies with high tech new technologies.

Yeah its convenient that all they ever have are unsupported stories and when they do produce a pic on their deadbeds its a halloween alien prop from Kmart.

Click here to view all 109 comments on this story