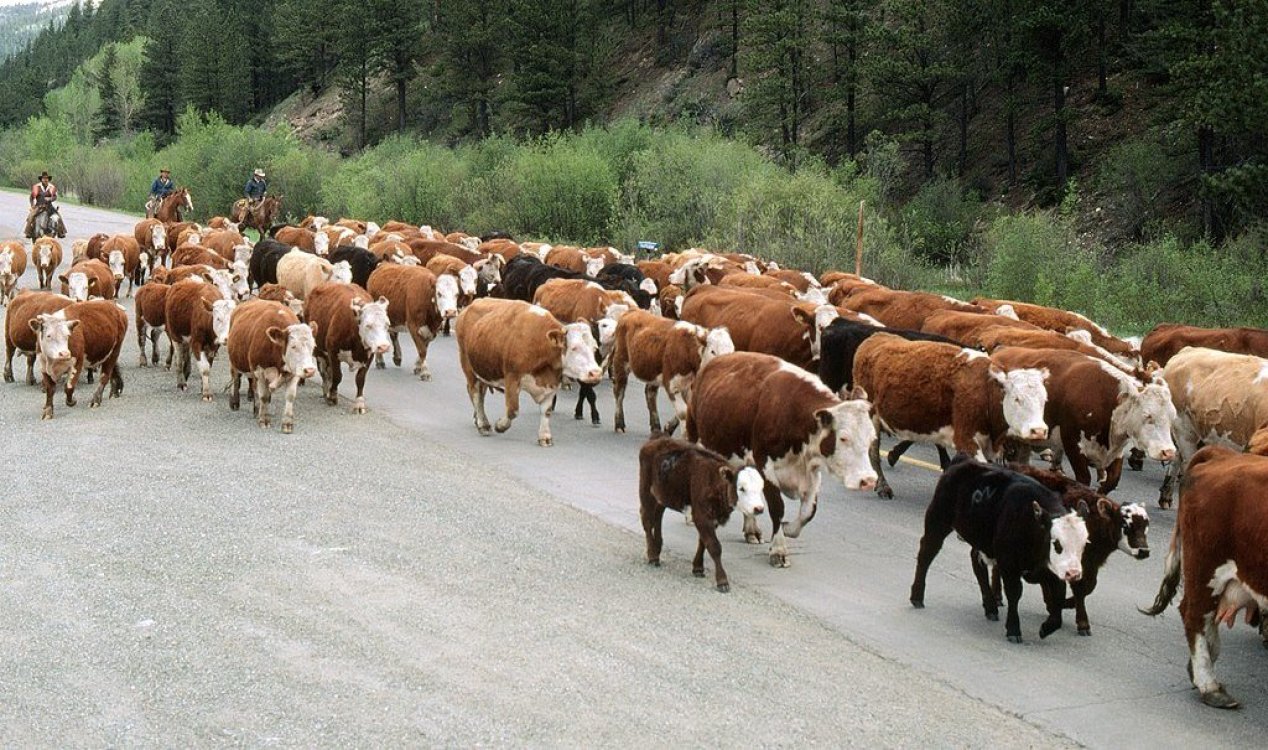 Investigators have been left scratching their heads. Image Credit: USDA NRCS
Officials have struggled to come up with an explanation for the deaths of at least 40 cows over the last two months.
The phenomenon began back in October when a ranch in the town of Meeker, north-west Colorado reported that 18 of its cattle had seemingly dropped dead for no apparent reason.

Initially assuming that wolves were responsible, investigators examined the animals and conducted extensive surveys of the region to look for signs of the predators, but surprisingly found very little evidence to suggest that this is what had happened to the cows.

The mystery soon deepened further still when several other cattle also dropped dead, leading investigators on a hunt for answers that would leave them scratching their heads.

They even considered the possibility that the cows had been infected with a deadly bacteria, but a forensic examination of the remains revealed no evidence of this either.The phenomena has so far claimed that lives of more than 40 animals.

"We're scratching our heads a little bit," he said. "We don't know exactly what has occurred up there."

Efforts to get to the bottom of the mystery remain ongoing.

Next story >>
Envisaging the year 1 million: cyborgs vs 'holdout humans' ?
Recent comments on this story

#9 Posted by Earl.Of.Trumps 2 months ago

#10 Posted by Timothy 2 months ago

The NY Post article title is extremely misleading and exaggerated. The article itself, I feel, is written more poorly than that in the OP link.

#11 Posted by Earl.Of.Trumps 2 months ago

How would you know it is "misleading and exaggerated" when all you have to compare it to is the OP? Mayve the OP was overlooking pertinent facts. In other words, which is correct? They certainly are strikingly different.

#12 Posted by Timothy 2 months ago

I read the link you posted before my reply. It’s got basically the same info, but with a solid dose of sensationalism.

#13 Posted by HollyDolly 2 months ago

Who knows. I seem to recall on the Curse of Skin Walker Ranch, which is i believe in Utah, they found on the ranch a dead cow, with no visible marks on it. You'll have to Youtube the video if it's out there.  The cows could have eaten something, a plant that was toxic.  Just like if people eat mushrooms that are poisonous. The article doesn't mention any mutilations, like back in what the 1960s, 70s in Colorado? Might just be something natural as the case of death.

#14 Posted by stereologist 2 months ago

This is very few cattle. There are plenty of plants toxic to cattle such as jimson weed and milkweed. I would think that would be easy to determine by a vet. In the 60s and 70s the cattle were not mutilated. They showed signs of natural decomposition and consumption by animals such as flies. It is interesting that the Clostridium bacteria has been ruled out by vets. This tells us that qualified people are taking a close look.

#15 Posted by OpenMindedSceptic 1 month ago

I can't work out if it's aliens or jabs from a minor virus called covid.  One  is fictitious and the other is very real..hmm...

#16 Posted by stereologist 1 month ago

Love this false dichotomy. Despite that it makes more sense than most of the anti-vaxx rhetoric So let's toss in the actual choice - a predator called wolves.

#17 Posted by Abramelin 1 month ago

I understand they found no traces of wolves? I 'have' to think of more evolved wolves, like the ones described in Whitley Strieber's book "The Wolfen".

#18 Posted by stereologist 29 days ago

Not finding wolf tracks is like finding no bear tracks in my backyard and I have 4 different bears at least. I see plenty of dogs crossing my yard and no dog tracks. Tracks would have been nice to find, but they were not.