Nostradamus predicted cannibalism and a 'celestial fire' on Mars in 2023 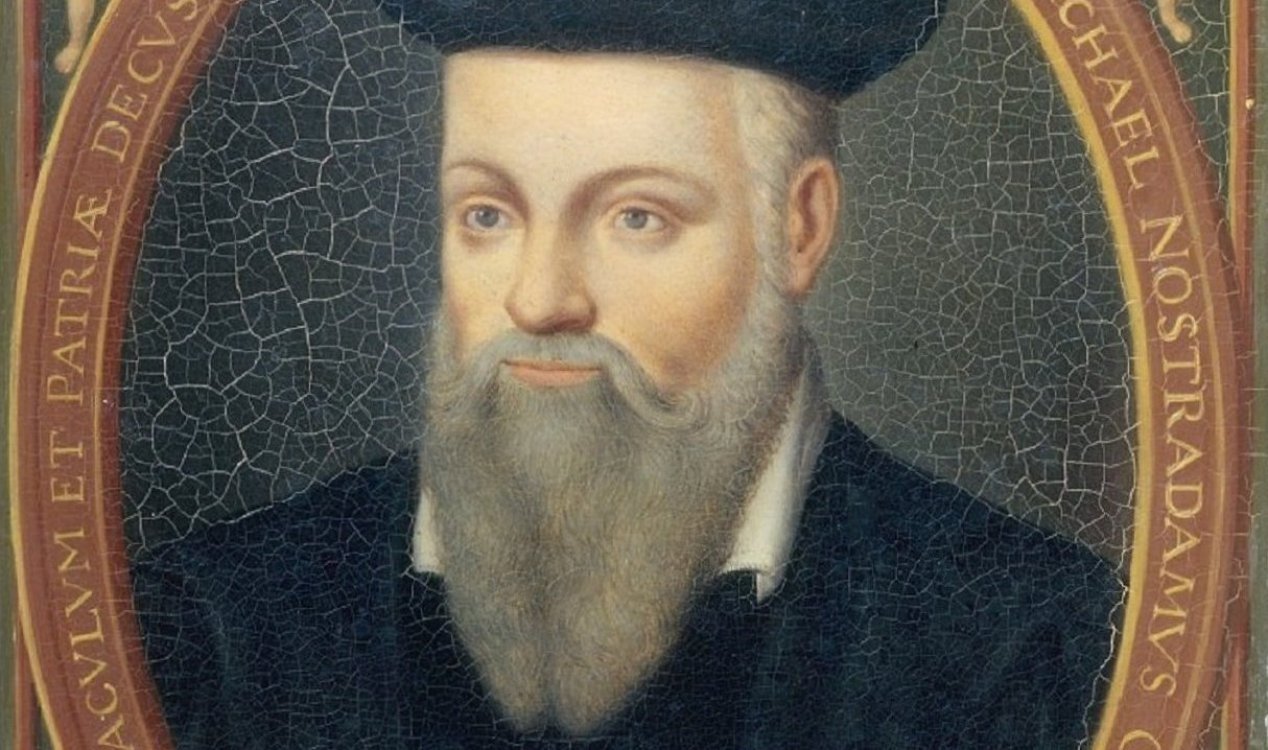 Many people throughout history believed that Nostradamus could see the future. Image Credit: PD
The world's most prolific seer had a few things to say about the events of the next twelve months.
Michel de Nostradamus, who lived in 16th-Century France, was so well known for his predictions of the future that his name has become synonymous with the idea of prophesizing future events.

He wrote a book - 'Les Propheties' - which is still analyzed and referenced even to this day.

Exactly how his writings should be interpreted, however, remains up to the individual, with some arguing that he has correctly predicted many major events and others maintaining that the predictions are too vague to say for sure one way or the other.

For 2023, Nostradamus made a few intriguing predictions, including the following:

"No abbots, monks, no novices to learn;

So high the price of wheat,

That man is stirred,

His fellow man to eat in his despair." It's easy to imagine that this refers to the current cost-of-living crisis - and even seems to suggest that, being unable to afford food, people will resort to cannibalism!

Another prediction for 2023 is as follows:

Rouen, Evreux shall not fall to the King."

Could this be a reference to the war in Ukraine, or something else ?

Then again, perhaps it doesn't relate to any real-world events at all.

To round out his predictions, Nostradamus also referenced an apparent disaster on Mars, or, more specifically, "a celestial fire when the lights of Mars will go out."

Could this relate to a future mission to Mars ?

#11 Posted by stereologist 30 days ago

Nostradamus' predictions have been applied so many times because everyone wants his stupidity to refer to their stupid story.

It is extremely hard to accurately understand the rather nebulous comments of anyone from a vastly different time and perspective. Small differences in the way they choose to say something may refer to a commonly understood thing then and yet mean nothing to someone today. A language reflects, to a certain level, the current attitudes and fears of the time. It changes as the moods of its people change. Those attitudes have a lot to do with the generation gap. I am 70 and people of my generation basically were influenced by war for their entire life. Born to parents that had been influenced by ... [More]

The first Quatrain seems to be about the threat to bee populations at a stretch. Note that bees don't pollenate wheat however. It is not a huge step of the imagination that if food prices are high that people starve.  As for there being no-one signing up for the priesthood... lol, what a tragedy.  Who will molest the children if there are no priests amirite? As for the second Quatrain, those places are in France. There is no war and no King in France in 2023. Nostradamus fails again

Aren't they starting to make meat in the lab from human cells?

You are right about Mars...what the prediction is obviously about is that Zeus and the other gods will Bar B Q Mars and eat him up.  cannabilism of the gods with Mars as the main course!

#17 Posted by Abramelin 7 days ago

If it refers to anything at all, it's most likely the month of March which is "Mars" in French.

...or perhaps it is the planet Mars after all. Let me try another interpretation... so "when the lights of Mars will go out" could maybe refer to when the planet Mars stops to be visible in the sky, from https://www.space.com/39240-when-to-see-planets-in-the-sky.html#section-mars : Then, "a celestial fire" could maybe refer to huge solar flares, maybe another Carrington event (https://en.wikipedia.org/wiki/Carrington_Event), causing big problems for electrical systems around the world. Would be consistent with what Baba Vanga has predicted for 2023, and also with what I have seen a psychic pre... [More]

These are the lights of Mars that go out: https://www.sortiraparis.com/en/arts-culture/walks/articles/179077-thoiry-lumieres-sauvages-2022-2023-le-nouveau-parcours-du-festival-de-lanternes-se-devoile-en-video Mars (French) = March.