How did the real-life 'thunderbird' grow to such a huge size ? 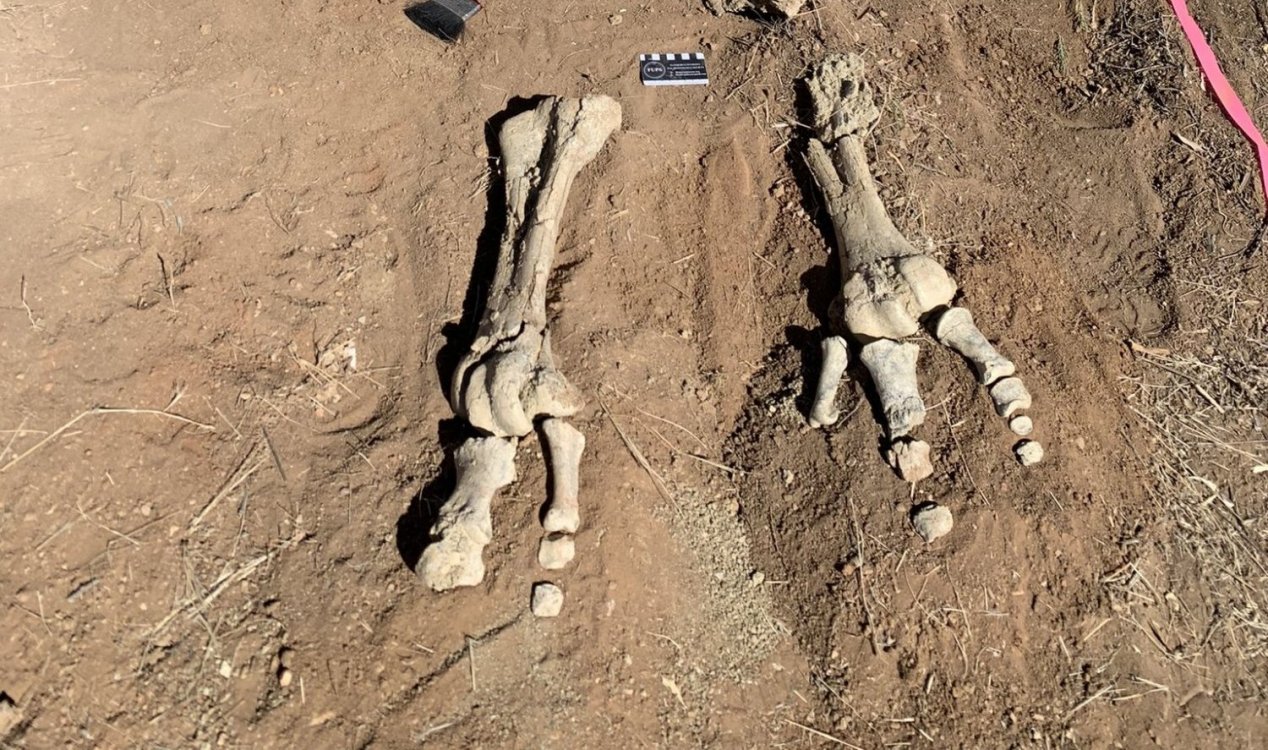 Image Credit: Twitter / Museum and Art Gallery of the Northern Territory
Ostriches are today's largest birds, but in the past - even these giants would have seemed relatively miniature.
Anusuya Chinsamy-Turan, a professor of biological sciences at the University of Cape Town, explains how analyzing the bones of extinct avian behemoths made it possible to learn how they grew so big.


The largest flightless bird found anywhere in the world today is the ostrich. It stands about 2.5 metres tall and can weigh up to 240kg. But millions of years ago ostriches would have been dwarfed by several other flightless bird species.

One was Dromornis stirtoni, nicknamed the thunderbird. It lived in the late Miocene period of Australia, about 8 million years ago. Another, Vorombe titan, lived far more recently in Madagascar, off the coast of southern Africa. It is thought to have gone extinct in the 17th century after encountering humans. Fossil finds suggest that both species stood about 3 metres tall and were more than double the mass of ostriches.

Today all that remains of these birds are their fossilised bones and, in the case of Vorombe titan, a handful of eggs. This means that scientists know very little about the birds' biology; for instance, the physical differences between male and female Dromornis stirtoni were unclear - until now.

Recently, my colleagues Trevor Worthy and Warren Handley from Australia's Flinders University and I investigated the microscopic structure of Dromornis stirtoni's bones. This allowed us first to pinpoint the size differences between males and females. Then we assessed how quickly the giant birds grew and how this compared to other, later members of its lineage.

This is an important finding amid the current environmental degradation driven by climate change: it is clear that slow-growing animals will be the most vulnerable to extinction.

My involvement in this research stems from the work I have done on the bone histology and growth patterns of a number of extinct species. These include the aepyornithids, including Vorombe titan from Madagascar - the "elephant bird" - and several Mesozoic birds, as well as their dinosaurian relatives.

Despite being fossilised for millions of years, the microscopic structure of bone (histology) is preserved intact and gives us a unique glimpse at how the animal grew when it was alive. In some animals, growth rings (like tree rings) occur and, just like tree rings, they can give us an idea of the age of the animal, and also information about its health.

By applying geometric morphology to Dromornis stirtoni's bones, we were able to ascertain that females had an average body mass of about 441kg while males clocked in at on average 528kg.

Next, we wanted to understand the species' growth rates. For this, we studied the microscopic structure of Dromornis long bones belonging to small hatchlings, subadults and adults.

We found that the young individuals experienced rapid growth but that this was followed by a period of arrested growth. In the largest individual at least 15 growth marks were present, suggesting that they needed at least 15 growth cycles (years) to reach adult body size. We proposed that, as in modern kangaroos, the periods of arrested growth most likely corresponded to the hot, dry summer months when they were likely experiencing thermal stress and needed to put their energy into dealing with that rather than into growth.

This was an interesting finding, but we knew that it would have greater value if we could compare it to growth patterns in similar species, and in extant species.

So we looked at the bone microstructure of the most recent member of the "thunderbird" lineage - another giant flightless bird called Genyornis newtoni. It went extinct only about 40,000 years ago.

Our results showed that Genyornis, which was about 2.5 metres tall and probably weighed about 240kg, grew much more quickly than Dromornis. It reached adult body size on average in about one to two years, although it occasionally needed as many as four years.

We propose that this overall fast growth trajectory is likely to have helped Genyornis adapt to the unstable, turbulent times in the Pleistocene (from around 2.5 million years ago to about 12,000 years ago), when the aridification of Australia intensified. Instead of taking so long to grow up they would have been able to reach adult size more quickly and reproduce sooner.

But this relatively rapid growth trajectory was not enough to protect Genyornis from another threat: humans. Humans arrived on the Australian continent about 55,000 years ago. By 49,000 years ago, they had reached the Flinders Ranges, well within view of Lake Callabonna, where they would have encountered both Genyornis and emus.

Emus are about six times smaller than Genyornis, and have faster growth rates without any interruptions in their growth. In addition, they lay many more eggs during each breeding season. There is strong evidence that Genyornis eggs were collected and eaten by Indigenous people. Genyornis simply couldn't lay enough eggs and its offspring simply didn't grow fast enough to keep up with this pressure on their species; they were eventually driven to extinction by about 40,000 years ago.

Emus, of course, still exist. We propose that the rapid growth and reproductive strategy of emus allowed them to recoup their numbers at a faster rate after hard times, which allowed them to survive until today.

#1 Posted by Abramelin 1 month ago

To me these giant 'thunderbirds' come across as giant lumbering parrots. I think the somewhat smaller "terror birds" were something you wouldn't want chasing you: https://www.wired.com/2014/03/absurd-creature-week-terror-bird/

#2 Posted by HSlim 1 month ago

Ate his Wheaties and veggies. Next question

#3 Posted by qxcontinuum 1 month ago

At the speed Africans are eating their wild life, all species would dissappear off the continent

Remains of woolly mammoth found on Devon...
UK and Europe