Russia claims to have shot down a 'UFO' over Rostov Oblast 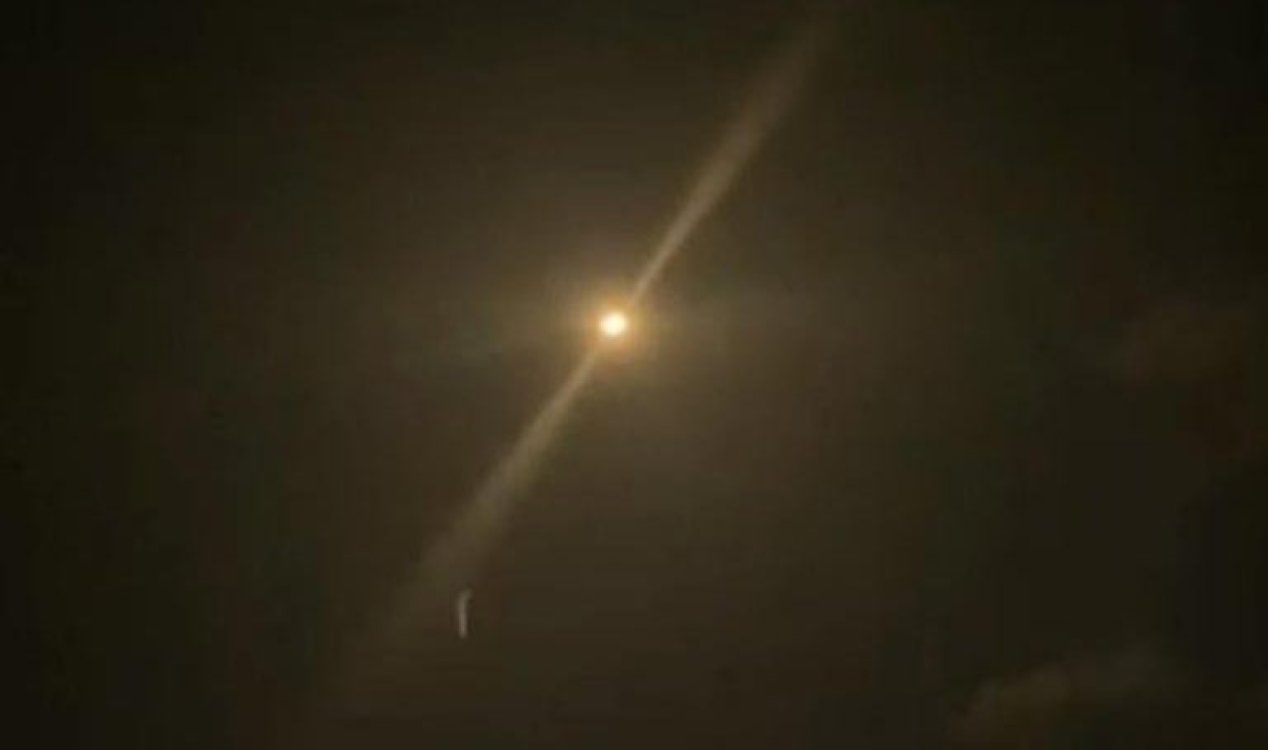 A still from footage of the alleged interception. Image Credit: Telegram
The governor of the region has claimed that local forces have shot down a mysterious spherical object.
The alleged incident, which occurred on January 3rd, reportedly involved Russian forces in the region shooting down an unidentified object over Sultan Sala in Rostov Oblast's Myasnikovsky district.

According to governor Vasily Golubev, the "small-size object in the shape of a ball" had been spotted flying "in the wind" and that the decision had been made to "liquidate it".

"I urge everyone to remain calm," he was quoted as saying."To ensure security, all forces and means are involved. The sky is covered with anti-aircraft defenses."

To further add to the mystery, an alleged video of the incident has also emerged showing an unidentified object exploding in the night sky after being hit by what looks like a missile.

<< Previous story
How did the real-life 'thunderbird' grow to such a huge size ?

I would also bet a little cash, with 5 figures, I also certainly believe it’s what above a Hoax or misinformation, disinformation, or propaganda,

I have also wondered the same thing, that hopefully the craft didn’t contain any dam Flabobian Butt Monkies because they come from the Anusien gallery located on the Planet Butt Probian and they are actually worse than Arcturians !

Or you can just follow the rules, they are there for a reason...but I guess you think you're special, that rules never apply to you and so on.....? Now back to the ufo - you think it was just a human drone? I am curious about your opinion since you seem so eager to stay in the thread.

I see both sides heck i have made a lifelong living off music but agree after a thread gets completely derailed off topic its orginal subject is lost, in this case i didnt complain people were having fun, i just moved on, it was an intriguing subject and if i go by the info i grasp in the thread and what i know of hobbyist RC ( not toy level ) then a "ball" flying under control would be pretty cool, not sure i would call it a "drone" and not sure the story is legit, we really dont have much to go on.

You were the guy who reminded the teacher to give out homework on the weekend weren't you? Everyone was having a good conversation, no complaints from anyone, especially considering that there's almost zero info on this particular video Anyway, no I call it pure propaganda.  Russia is well known for false claims

No, I weren't HSslimm... I just think it is annoying to wade through 90% out-of-topic-posts when trying to find a post about the very subject the thread originally was created for. If every thread was hijacked then people would quickly lose their interest to be here. I am sure you understand that but probably felt offended that someone actually reminded you about it.   Now...about the ufo. Thanks for the input, I appreciated it. I am sure we all did. I have no idea if it is all just propaganda...they shot something down...and it was an unknown flying object, we all know what that means.... 100... [More]

Has there been a follow up to the initial report?  If so i havent seen any. You'd expect more news if this was true?

I bet you a donut there wont be, most things posted in these paranormal type sections just go dry a few do have great updates and case closed i wish more did,  but this case i think it served its purpose for those behind it.

Cris Lehto dissecting the footage of the ufo.

Hmm, phantoms .... I've learnt something new from the video above.

Click here to view all 142 comments on this story