Mars thought to be smaller than it should be

Image Credit: NASA
Simulations of the solar system's formation have indicated that Mars should be larger than it is.
Planetary scientists believe that Mars should be 5-10 times its current size, one possible theory is that Mars migrated away from planet-forming materials at some point during its formation. "Everyone who does simulations of how you form terrestrial planets always ends up with a Mars that is 5-10 times bigger than it is in real life," says Dr. David Minton.
"According to the model, planetesimals likely also caused the migration of the planets, too. The planets formed from a giant disk of gas, dust, rocky debris and ice surrounding the early Sun. Debris coalesced to form bigger planet-sized objects, and simulations shows that bigger planet-sized object embedded in a disk of smaller objects will migrate as a result of angular momentum and energy conservation as the planets scatter the planetesimals they encounter. "

There is a possibilty that Mars was a moon of a much larger planet that was destroyed some time in the past and became a planet later.

There is a possibilty that Mars was a moon of a much larger planet that was destroyed some time in the past and became a planet later. I think that is a very possible and logical idea.

It does seem to be smaller now than it once was. Maybe they just use less chocolate now, or maybe it's because they use metric weights. Mind you, it's the same with most kinds of chocolate bar, they always seemed bigger when you were a kid. I've never heard the word "planetesimal" before, by the way. I'm going to try to get in in whereverr I can at every opportunity.

#7 Posted by Twinkle Arora is back 12 years ago 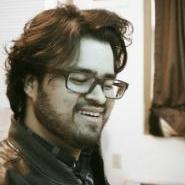 “Everyone who does simulations of how you form terrestrial planets always ends up with a Mars that is 5-10 times bigger than it is in real life.” which simulation? A computer made?? I always get astonished by the fact that scientists assume so much about everything,, but the truth is that they're never going to know what really happened. but anyways they can assume what they want to if they get something from it.

I'm always very pleased when scientists are astonished or baffled. It shows they're doing their job properly, and admitting that they don't know everything. I think scientists should be baffled regularly. Who knows, perhaps the long-held assumptions about how they believe planets form might need a bit of a rethink, rather than it being Mars that's in error because it doesn't fit their theories.

#9 Posted by The Silver Thong 12 years ago

Mars was hit by a very large asteroid so I wonder how much of Mars was blown away in the impact that maybe throwing off the simulation.

Agree with The Silver Thong. Although Marcos makes a valid suggestion. Anyone ever think, that simulations could also be wrong!?

I love it when scientist insist that reality is wrong because they have to be right. The picture for the word "ignorance", should be a science textbook.

I love it when scientist insist that reality is wrong because they have to be right. The picture for the word "ignorance", should be a science textbook. And yet you use the net and technology science created to post such a thing. When you get sick who do you go to, a faith healer or a doctor?