UFO falls from the sky in Amsterdam

Image Credit: Youtube
A strange object was witnessed falling from the sky over Amsterdam in broad daylight last week.
The video was uploaded to Youtube and generated considerable interest. "Watch an object that otherwise gets routinely dismissed as a Chinese lantern morph into something completely different," states the user who uploaded it. Is this a Chinese lantern or could it be something else ? You decide.
Amsterdam was the scene of a strange UFO sighting when an object fell from the sky during broad daylight on August 5, 2011. The descent of the falling object was captured on a video that lasts longer than four minutes.

New evidence suggests that even spiders have dreams
8-9-2022

#41 Posted by xXHellkittiesXx 11 years ago

Well, the Chinese need to cool it with the lanterns, its screwing with our UFO sightings.

#42 Posted by DieChecker 11 years ago

I'm mainly agreeing with the Chinese Lantern theory. It looks to me like a lantern made from black trash bag material. When I was a kid I used to enjoy flying kites. Not the little ones but the larger ones built out of parachute material and connected to a deep sea fishing reel. That is what it kind of looked to me. It kind of looked like it was going down slowly, like it was being pulled in on a string. I kept waiting for it to Fall, but it never did, just slowly sunk to the ground. I think if it was a chinese lantern, and the candle went out, it would have dropped somewhat faster. My vote is... [More]

And to think SETI didnt even give us a warning they were out there Invading us ! Those pesky trash bags !

#44 Posted by encouraged 11 years ago

Is there anything to the fact that you can see a on the side?

#45 Posted by coolpolitealex4 11 years ago

this is rubbish, ,, sorry for being blunt.

Whatever it is, it's floating in the sky and doesn't seem to have any maneuver at all. Nothing special.

To me it looks like a trashbag cought by the wind. We don't get much UFO sightings in the Netherlands 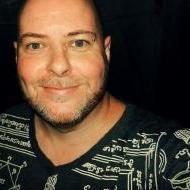 Looks like a Chinese lantern. And considering I let loads off at Glastonbury two months ago, I'm now classed as a Chinese Lantern expert, lol.

#50 Posted by BaneSilvermoon 11 years ago

Click here to view all 50 comments on this story

The IRS is Hiring
Ancient Mysteries and Alternative History

The Mysterious Wall In Georgia That Stil...
Spirituality, Religion and Beliefs

I asked the Universe
Extraterrestrial Life and The UFO Phenomenon