Earthworms rain from the sky over Norway

The worms were thought to have been carried upwards by strong winds. Image Credit: CC BY-SA 2.0 Brian Kerry
Reports from across Norway have described peculiar deluges of worms cascading from the heavens.
Mysterious downpours of live animals have actually been recorded for hundreds of years with fish, frogs and insects being some of the most frequently reported critters to inexplicably rain from above.

Now the phenomenon has turned up in Norway where a series of strange downpours has seen large numbers of earthworms drop from the sky, in particular in the high altitude mountain regions where skiers have been coming across them lying on the snow.

"I saw thousands of earthworms on the surface of the snow," said biology teacher Karstein Erstad who had been enjoying the slopes near Bergen. "When I found them on the snow they seemed to be dead, but when I put them in my hand I found that they were alive. "Scientists believe that the worms were lifted up in to the air by the wind and carried great distances through the planet's upper atmosphere before being deposited back down to Earth.

Similar incidents of flying worms have also been reported before including in Sweden in 1920 and more recently in Luisiana in 2007 when they rained down on a police department employee.

"There have been reports of lots of types of living creatures falling from the sky," said Liz Bentley of the Royal Meteorology Society. "They get drawn up in huge drafts. For example fish, frogs and things like that have been reported to fall from clouds. It's happened for hundreds of years."

#6 Posted by seeder 8 years ago

Hey at least the poor birds who cant get much food in the snow, will benefit from this! .

Imagine one of those falling under your shirt... Oh man. [edit] too add Nice idea about 'wormnado' I would watch it.

Look at it in a positive way. The Norwegians will never have to go hungry.

#9 Posted by Father Merrin 8 years ago

I'll worry when men are landing in my yard! Hallelujah!

#10 Posted by MisterMan 8 years ago

This is clearly a Directed Panspermia refresh load.

#11 Posted by ChaosRose 8 years ago

I'll worry when men are landing in my yard! Hallelujah! It's raining worms...hallelu...oh wait. I don't know, maybe the birds are happy about it.

#12 Posted by Rofflaren 8 years ago

This is the reason my ancestors left Sweden. This and the grinding poverty, the bone breaking cold, oppressive and intrusive religion and wanting to hang out in someplace that was not Sweden. Yep, it was the worms that forced them to leave. And nowadays its even worse here in sweden.. Everyone I know lives either in a cave that some nice foreigner carved out for us long ago or in some shipwreck on the beach that has washed ashore from another country... We are known to be the most religious country in the world, and that is because we don't have any grocery stores we have churches instead.. we... [More]

#13 Posted by Rofflaren 8 years ago

#14 Posted by Torviking 8 years ago

At last the weather girls have a follow up record! 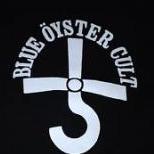 I wish it would rain worms at times in Ohio, at least I wouldn't have to buy them to go fishing.

Michael Avenatti sentenced to 14 years i...
Spirituality, Religion and Beliefs

Christians a minority in England
Metaphysics and Psychic Phenomena

How 'a bit of fun turned into a nightmar...
Cryptozoology, Myths and Legends