Is this a picture of a sea monster or is there a more mundane explanation ? Image Credit: Google Earth
A photograph showing what some claim to be a gigantic sea creature has been circulating the Internet.
The photograph, which originated on satellite mapping service Google Earth, shows what looks like a large 75ft squid-like creature off the coast of Deception Island near Antarctica.

Hailed as evidence of the legendary Kraken of Norse mythology, the image soon went viral and has since ended up being featured on dozens of tabloids and news sites across the world.

But does the image really show a gigantic sea creature or is there something else going on ?According to Andrew David Thaler of Southern Fried Science, what the image actually shows is Sail Rock - a well-documented outcropping of stone which protrudes 100ft above the surface of the sea.

Sure enough, the co-ordinates do match and a photograph of the rock from sea level reveals that it actually does look like it could be mistaken for an octopus-like creature when viewed from above.

#14 Posted by Sir Wearer of Hats 6 years ago

Cthulu isn't in the Arctic, you're thinking of a Shoggoth.

He could be taking a walk.

#16 Posted by beelzebufo 6 years ago

Cthulhu goes wherever it pleases. As long as there are no boats around.

#17 Posted by DieChecker 6 years ago

Well it is just off the coast of Deception Island after all. I'd agree with the Sail Rock theory at this point. Honestly the pic didn't look like a kraken to me, so much as a breaching whale.

#18 Posted by Marcelina 6 years ago

Yes, I too will agree with the Sail Rock theory. It doesn't look like a Kraken to me that much.

Near Deception island What a deception

#20 Posted by MalonskiJr 6 years ago 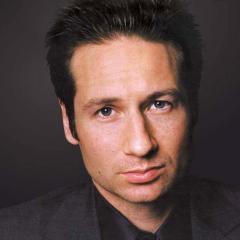 I belong on that island

#21 Posted by SSilhouette 6 years ago

Looks like a large whale breaching with what's behind it merely the wake of the water as it was thrashing around?

#22 Posted by oldrover 6 years ago

No, it's definitely Sail Rock. Aside from the matching coordinates, the final test is that if that object isn't Sail Rock, then it's disappeared.

#23 Posted by UltimoRudo 6 years ago

Any one REALLY worried about the coming ...
United States and the Americas