Edible insects are a very good source of iron

Could we all be eating insects in the not-too-distant future ? Image Credit: CC BY-SA 3.0 Candorwien
Suffering from iron deficiency ? Try dining on a few cooked grasshoppers, crickets and buffalo worms.
They might not be the most appetising of foodstuffs, but scientists are looking increasingly toward edible insects as an environmentally friendly way to help feed the world's ever-growing population.

In a recent study, researchers at King's College London studied the nutritional values of edible insects to determine whether, like meat, cooked creepy-crawlies are a good source of iron.

The team began by choosing a selection of four edible insects that are already eaten in some parts of Africa and Asia - grasshoppers, crickets, mealworms and buffalo worms.

Next, they crushed up the insects and used a technique known as spectrophotometry to measure how much iron was actually in them. Crickets came out on top with 12.91mg of iron per 100g.The researchers then used a different method to work out how much of that iron is likely to be absorbed by the person eating the insects and compared that figure to sirloin beef.

The results indicated that buffalo worms were actually a better source of dietary iron than the beef.

"I was a bit surprised at how well some of the insects did in comparison to the sirloin," said graduate researcher Darja Dobermann from the University of Nottingham.

"I had anticipated that insects would perform better than a plant-source iron but would not have guessed they would be close to the same level as a meat-source iron."

<< Previous story
Is there life beneath the surface of Mars ?

#3 Posted by third_eye 6 years ago

grasshoppers and crickets are great for the crunchy munchy attacks ... ~

#4 Posted by freetoroam 6 years ago

By the time I collect grasshoppers and crickets round here at this time of year...I will be starving and will not have any butt left.

#5 Posted by third_eye 6 years ago

no one said you should go sought it out, its hard enough to get around where I am, its quite popular in China,Thailand and Vietnam though ... anyways keep the butter up I think you need to Kim up the Kardashian for your next 'reveal' ~

#6 Posted by freetoroam 6 years ago

ok, will try it this way.

#7 Posted by White Unicorn 6 years ago

I'm sticking with my veggies and nuts for iron, at least for now.

#8 Posted by highdesert50 6 years ago

I think I will stick with spinach for nonheme iron. It worked just fine for Popeye.

#9 Posted by Mr Ernest 6 years ago 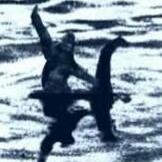 Til now i just cant bring myself to eat an insect. Dont think i ever will..

Put the blinking cursor underneath and press Backspace.   I could see myself eating grasshoppers, as like a cultural thing, but not sure if I would promote it myself.  Unless i was in the grasshopper selling business.

#11 Posted by South Alabam 6 years ago

Edible insects are a very good source of iron      So are nails..

#12 Posted by Opus Magnus 6 years ago

According to the laws of Moses, in the Old Testament, with the clean meats, Grasshoppers are one of the clean meats listed.  There a only a few insects listed for clean meats, grasshoppers, locusts, the bald locusts, and beetles.  Some people say that crickets are a type of beetle, I've thought about it, and I don't really think so, but some people seem to think they are close.