The corridors of Wentworth Woodhouse are thought to be haunted. Image Credit: Really / Most Haunted
The footage shows a shadowy figure walking up a staircase in a stately home in Rotherham, England.
Presented by Yvette Fielding, 'Most Haunted' first aired all the way back in 2002 and has since run for more than 200 episodes, each documenting the crew's efforts to find concrete evidence of the paranormal in old houses, castles, forts and other allegedly haunted locations.

Now the show's producers believe that they may have finally managed to capture an actual ghost on camera during an episode filmed inside Wentworth Woodhouse - a historic building built in 1630.Two of the crew members had been investigating an eerie corridor in the building when they spotted something moving on a staircase at the other end of the hallway. When they checked their footage afterwards they discovered that they had recorded a shadowy figure walking up the stairs.

"To date this has to be the most ground-breaking footage we have ever recorded," said Fielding. "But rather than giving us the answer we were looking for, it just gave us more questions."

#99 Posted by Blood_Sacrifice 6 years ago

This. I've raised this issue previously as well. If ghosts are outside of the 'physical realm' then how come they can be captured within the lens of a camera (for starters - the lens can only capture when photons hit a physical object). How come some claim to bump across ghosts when they obviously lack a physical body? And if ghosts do have a physical/material existence, then how come they are believed to be able to move through solid surfaces, such as a wall? Even keeping science aside, there are too many contradictions in these 'ghostly phenomenon' (even if I were to look at it from the pers... [More]

#101 Posted by Paranormal Blah 6 years ago 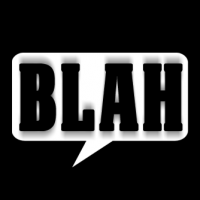 Well, I have watched the show for many years before it was off the air in the US.  The footage looks good and everyone here has great points.  So much can be done in post processing these days, I just cannot trust that.  The "ghost man" would have to walk into my living room, through the TV, for me to believe THAT EXACT footage is real. I have no issues believing in ghosts and the paranormal, but evidence on TV has to be met with a VERY skeptic eye.  Not for the possible ghost, but how it is being presented to the audience.

And our vampire cat too?..

I'll throw a screw in this topic. what if ghosts are type 3 civilizations pulling our leg lol.

#107 Posted by Silent Trinity 5 years ago

yeah Most Haunted ffs, like when a politician says "trust me", not going to happen.... All that clip needed was Derek Acorah and the comedy roadshow would have been complete. No I am not discounting the existence of spirits or ghosts I am open minded, but THIS is not even close to tantalizing....

Click here to view all 107 comments on this story