What did the family pick up on their CCTV ? Image Credit: YouTube / KRQE
Breanna Hernandez and her family captured the mysterious image on their home CCTV security system.
The anomalous visitor, which can be viewed at around the 55-second mark on the video below, appears to move from left to right across the frame before disappearing from sight.

"As soon as I saw it, my hair stood up... I've never seen anything like that before," said Breanna."My husband happened to look over right when the image popped up. You can see it 100 percent and you can see the movement of either arms or legs going with the body as it goes by."

Breanna maintains that the house has a history of unusual occurrences and that her husband had often expressed concern about the presence of ghosts when they first moved in.

Whether or not the video shows anything genuinely paranormal however remains a matter of debate.

Next story >>
Belgian city creates omelet from 10,000 eggs
Recent comments on this story

What are you on about? I say "90% sure" all of the time, to others, and in my head, meaning I'm pretty sure, but I don't wanna say 100%.   That is all the person was saying. 90% sure they weren't trying to stun and distract you with their mystical mathematical powers that no believer in ghosts could dare to attain!   They're saying their opinion is that they are pretty damn sure it's a ghost.    Take that for what you will, but I don't see why you're trying to portray them as some pseudo-intellect for saying something fair and honest.   Man, this place never changes.   edit: Also, I'm really a... [More]

#62 Posted by stereologist 5 years ago

People use numbers for different purposes. The manner in which you say 90% is not the same as other posters. The other poster attempts to pretend that the information has some quality that it does not.

Potato cams always catch the best ghost and unexplained footage. Anybody know where I can get a 1.3 megapixel CCTV camera?

#64 Posted by Timonthy 5 years ago

That is not the way the pap-meter works. The pap-meter is an opinion based complex algorithm which takes all pertinent information into account in order to produce a percentage value of paranormal possibility.  To brush it of as a simple ‘90% means pretty sure’ is a gross generalization and an insult to papageorge.

#65 Posted by papageorge1 5 years ago

Ya, but I get bored without them actually.  It's a best judgment estimate that considers everything I know about the subject and the case, not a mathematical algorithm. And it's spelled Papameter, btw.

#66 Posted by Timonthy 5 years ago

I think I have and old webcam in a box in a garage somewhere if you want it? Guaranteed paranormal activity will inevitably follow.  Maybe I should set it up facing towards the city. I’ll surely catch lots of strange lights and bird UFOs.

I agree with some of the others. It's very subjective, but still discussion worthy.

#68 Posted by RoofGardener 5 years ago

Hmm..... That doesn't look like somebody walking along the pavement, to my mind. It looks like something very small, floating past the camera quite closely. (so close that the camera can't focus on it properly). Insect of some sort ? 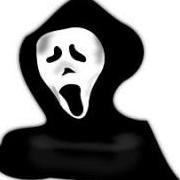 Fake, so obviously, not worth even debating.

#70 Posted by RoofGardener 5 years ago

That's debatable I don't see any reason to describe it as a "fake" ? (in the sense of a deliberate contrived fraud).

Click here to view all 70 comments on this story

Meteorite is first UK find in 30 years
UK and Europe