Bionic arms are becoming increasingly sophisticated. Image Credit: CC BY-SA 2.0 D. Sharon Pruitt
For the first time, an artificial limb with a sense of touch has been built for use outside of the lab.
Developed by scientists in Rome, the sophisticated new bionic arm uses an array of sensors to determine whether something is hard or soft and then sends that information to a computer.

Once the data has been processed, it is relayed to tiny electrodes implanted in the user's upper arm.

Previous iterations of the system had been much too large to use outside of the laboratory, but this latest version is small enough to fit in to a rucksack worn on the user's back.Recipient Almerina Mascarello, who lost her left arm in an accident almost 25 years ago, described the experience of wearing the new bionic arm as almost like having her old arm back again.

"The feeling is spontaneous as if it were your real hand; you're finally able to do things that before were difficult, like getting dressed, putting on shoes - all mundane but important things," she said.

As the technology improves, bionic arms like this one will eventually become indistinguishable from a real arm with all the same functions and sensations that most of us take for granted.

#1 Posted by BorizBadinov 5 years ago

I'm pretty sure the technology already exists to embed the processor in the prosthetic. It just needs someone to design the packaging and port the software. This is my most favorite use of micro-technology and I am excited so many companies are embracing prosthetic enhancement. It will likely be a long while yet before they can make a Steve Austin, but it  has to be better than nothing.

#2 Posted by XenoFish 5 years ago

#3 Posted by BorizBadinov 5 years ago

Definitely on to something there!

#4 Posted by XenoFish 5 years ago

Considering that it wasn't that long ago that you had a briefcase size system for your cellphone. Look at them now. The tech is there, its the how that's missing. Good to see this kind of progress.

#5 Posted by BorizBadinov 5 years ago

Really the only thing driving the size of devices now is the battery life and screen size. If the new graphene batteries work out as advertised it may be just screen size. Exciting times for tech!

#6 Posted by seeder 5 years ago

Asimo, a high tec robot......also has some sort of sensors in his 'robotic hands' 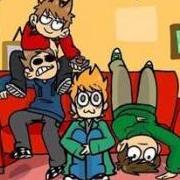 My sister just looked at me and said she felt bad for people with no arm when I told her this! D: