Can you solve the 'unsolvable' question ? Image Credit: CC BY-SA 3.0 Alison wood
A question recently posed to primary school students in China has left social media users scratching their heads.
Just about everyone will remember coming up against a particularly difficult question during a test at school, but this one aimed at 11-year-olds in China just about takes the cake.

The question asks: "If a ship had 26 sheep and 10 goats onboard, how old is the ship's captain?"

If the answer is eluding you then you are not alone - the question has since made its way on to social media where Internet users across the world have been struggling to make sense of it.

As it turns out however, the question is inherently unanswerable. According to education officials, it was included in the exercise in an effort to highlight 'critical awareness'."Some surveys show that primary school students in our country lack a sense of critical awareness in regard to mathematics," the Shunqing Education Department wrote in a statement.

As for the actual age of the ship's captain however - one Weibo commenter has actually come up with a plausible answer and it is all to do with the weight of the animals on the ship.

"In China, if you're driving a ship that has more than 5,000kg of cargo you need to have possessed a boat license for five years," they wrote.

Next story >>
Did US lab create a 'humanzee' 100 years ago?
Recent comments on this story

#5 Posted by HauntedDreamsTV 4 years ago 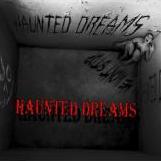 Isn't the correct answer to everything 42?

#6 Posted by UFOwatcher 4 years ago

#7 Posted by godnodog 4 years ago

Multille variables are missing: - did he had a parrot? - what colour is his pijama? - what did he had for breakfast 3 years 27 day 18hours 1minute and 36 nanoseconds ago? - what kind of ship?

#8 Posted by godnodog 4 years ago

On a serious note on college in a Marketting exam I had a question about Fanta and how during 2WW they lacked resources to drinks so they resort to cheese water residues to do a drink, the question was for the student to create a brand new product for Fanta, my answer was simple "according to YOUR OWN text Fanta had no other  available resoureces therefor no product can be created". Test passed has the professor could not refute my answer based on his own text, obviously I told I understood the intent of the question (to show the basic steps on product development) but I also pointed out that ... [More]

#9 Posted by acute 4 years ago

Easy-peasy!  I worked it out in about 10 seconds. Unfortunately, due to the Data Protection Act 1998, I am unable to reveal the answer.

#11 Posted by South Alabam 4 years ago

"That's what I was gonna say."

#12 Posted by Sir Wearer of Hats 4 years ago

You could also say, mathematically his age was 28 65.

The sentence said ship had sheep and goats.  No mention of captain or crew onboard.  Humans that is. so captains age is 0.

#14 Posted by Stephen Motson 4 years ago

Joking aside, I actually know the answer to this. The problem here is that the first (and most important) part of the question is missing or has been edited out. The question should have read: "You are the captain of a ship. The ship had 26 sheep and 10 goats onboard, how old is the ship's captain?" The answer is 52 (though other people may all have different answers which will all be correct - unless they're lying).