Dog stares at a wall for three days straight

What was the dog staring at ? Image Credit: YouTube / Elfederalonline
Video footage of a dog in Argentina that wouldn't stop staring at a wall has gone viral this week.
The French mastiff-labrador cross, which has been nicknamed Chicho, was observed staring endlessly at the blue wall of a bus stop for the better part of three days.

Taking short breaks only to eat and drink, the dog was so fixated with the otherwise unremarkable section of wall that even a concerted effort by locals to drive him away failed to get him to move.Some suggested that Chicho may be suffering from some sort of brain injury or mental illness.

According to reports from local news media however, a veterinarian who examined the dog found nothing wrong with him and suggested that the canine may simply be waiting for something.

In the end, the dog only stopped staring at the wall after his owner confined him to his back yard.

Can your dog actually understand what you are saying?
2-1-2022

<< Previous story
Babies born on Mars may be new subspecies

My cat stares at "nothing" regularly. Either some animals can sense things we can't, or they have simple (and easily broken) minds, lol.

#15 Posted by UFOwatcher 4 years ago

If you spell God backwards it's Dog. Just sayn'. At least he seems happy. There could even be a bug or something we can't see in the video. Someone could be talking to the Dog behind the wall. I don't always trust videos.

#16 Posted by pallidin 4 years ago

Maybe that wall used to contain a back door, or a refrigerator.

Article does say the dog has went to the Vet and appears NORMAL.  So, probably something weird about that wall, instead of the dog having health issues.

Wait, those people in the video calling this dog, aren't it's owners? Then maybe explanation is simple, the dog is just waiting for the past owner that left it at the bus station?

This doesn't add up. If a dog is left by its owner, it will look in the direction the owner walks off in.  Also, remember that this dog isn't tethered, so he could've just walked home at any time! He is clearly enjoying whatever is happening at the wall.

#20 Posted by paperdyer 4 years ago

Maybe he saw into another dimension and liked what he saw.  My problem with the whole thing is it took his owner three days to come and get him?  Sounds like the owner needs to go to the vet.... I mean doctor.

Have they tried to I wonder if they thought of sending more dogs to that station see if the other dogs have the same reaction to the wall? And, any updates on this?

#22 Posted by ParanormallyCorrect 4 years ago 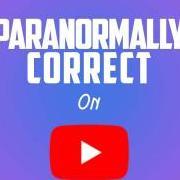 Poor thing. I hope someone is caring for him. :(

It's reported that his owner took Indio, the dog, home, and kept him there, after three days of the staring behavior, out of concern for his safety. A veterinarian  examined Indio, but could find nothing the matter with him.