Salamanders are on the menu. Image Credit: YouTube / Algonquin Wildlife Research Station
A type of pitcher plant that eats small salamanders has been identified by researchers in Ontario.
The discovery, which was made in Ontario's Algonquin Park wetlands, has been described by biologists at the University of Guelph as "unexpected and fascinating."

While pitcher plants in Canada have long been known to draw nutrition from spiders and insects that fall in to their deadly pitcher-shaped leaves, this is the first time such plants have been known to consume amphibians.For the study, scientists monitored the plants around a single pond in the park in fall 2018 and found that one in five of them contained at least one juvenile salamander.

This botanical feeding frenzy coincided with the emergence of the young salamanders on to land.

It turned out that the animals took up to 19 days to die and start being digested by the plants.

<< Previous story
ISS to accommodate tourists for $35K a night

#1 Posted by DirtyDocMartens 3 years ago

Well, that sucks for the salamanders.

#2 Posted by Gary Meadows 3 years ago

It's the circle of life.

What would a vegan/PeTA member do if they saw this? Save the animal, and starve the plant? Let the animal suffer for weeks and die so the plant can live? TBH, I thought that video was kind of sad...I mean, death by carnivorous plant has got to be the worst way to go. They might just be salamanders, but they have nervous systems. They have neuro-chemistry. They panic, etc. But, yeah, that's life.

#4 Posted by AllPossible 3 years ago

"It turned out that the animals took up to 19 days to die and start being digested by the plants" That's 1 brutal son of a eating plant. Imagine being stuck for that long, wow that's terrible. Enough time to breath & starve to death. Ouch

#5 Posted by Eat My Shorts 3 years ago 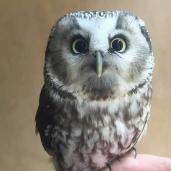 Well the plant didn't go hunting for the poor Salamander. The fish actually swam right into it's deaths, and the plants don't have the brains to know to save the fish or even a conscious not to digest the fish, soo...

#6 Posted by Robotic Jew 3 years ago

When I eat salad, technically I am meat eating plant.

California School With Social Justice A...

Trump warns of big problemsÂ’ if indict...
UK and Europe

That one time a ghost doubted my work
Space: Astronomy and Astrophysics