It is not clear if the find is a dog or a wolf. Image Credit: CC BY-SA 2.0 Nomadic Lass
The incredibly well-preserved remains of a prehistoric canine have been recovered from the permafrost.
The two month-old pup, which has been nicknamed Dogor (meaning 'friend' in the local language), is so well-preserved that it could almost be mistaken for a dog that died mere days ago.

Scientists used radiocarbon dating to determine how old the animal is and a genome analysis has revealed that it is male, however DNA sequencing has so far failed to determine its exact species.

It is now thought that it could represent an evolutionary link between wolves and dogs."We have a lot of data from it already, and with that amount of data, you'd expect to tell if it was one or the other," said Dave Stanton from the Center for Palaeogenetics in Sweden.

Dog domestication is thought to have occurred somewhere between 20,000 and 40,000 years ago however this timescale remains open for debate - the process could have started much earlier.

Whatever the case, the find is likely to teach scientists much about the history of our canine friends.

Can your dog actually understand what you are saying?
2-1-2022

#15 Posted by Manwon Lender 3 years ago

This is a real interesting thread, it would really be great if they could clone it. It shouldn't be a problem since it's in perfect condition. That would be the perfect ending to this story. Thanks for sharing this thread.

#16 Posted by jaylemurph 3 years ago

You should be asking in Hound Years.  —Jaylemurph

Well, there is another dinosaur creationist museum in Glenrose, Texas that is just as stupid.  Too bad Bill Nye is not great with people, I think his problem is that he has not experience with someone who can't debate using facts, and instead just goes on the attack.  I did not want to see more of that video, but hoped that Bill Nye did not back down.  I think I would have been laughing my head off at the questions and responses that Ken Ham used.  He is not really very skillful himself.

I would like to know why Ham didn't build his creationist ark park in Australia?

Ken's presentation was amateurish at best. His past as a primary school teacher really showed in his power point presentations. Bill Nye was well accepted by the people. They voted on the debate and the result was ...

#21 Posted by jypsijemini 3 years ago 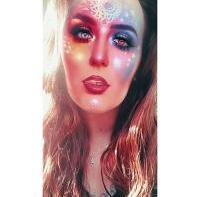 Yes,  the video I mentioned was the one where Bill Nye went to the Ark theme park and Ken was on the attack.  I think I scarmbled my words.  I started to watch the debate but I didn't have 2 hours or even 30 minutes to get in to it.  The first 5 minutes were enough for me to see that Ken is claiming non-religious scientists change the meanings of words, and in his "proof" of that, he changed the meaning of words.

Yeah, I thought so.  He can't charge 57.99 to australians to present his lies and anti-science, but there are plenty in the US that have spare money to give to him.  He probably got the idea from all the televangelists that get people to send them money for air.

Wow, that is intact.  Amazing.

Meteorite is first UK find in 30 years
UK and Europe