Who or what is this ? (see below for full image) Image Credit: HPI / Angela Chessnutt
An investigation of a reportedly haunted residence in Sacramento recently yielded some intriguing evidence.
Paul Dale Roberts and colleagues from Halo Paranormal Investigations headed out to the home of Shula Jackson at the weekend after being asked to help look into reports of paranormal activity.

Jackson, who lives at the property with her husband and three children, had been plagued by unexplained occurrences that have included waking up to see an old man standing over her bed, hearing strange knocking sounds and encountering 'smoke' and 'black orbs' in her home.

Over the course of two one-hour investigations at the property, Paul and his team reported a significant amount of unusual activity including sightings of a shadowy figure.

Perhaps most intriguing of all however was a photograph taken by investigator Angela Chessnutt which shows what the team claims is an actual 'shadow person' standing at the end of a hallway.The image certainly does seem to show someone standing there, however it's difficult to know if it's something paranormal or an actual person who just happened to be in the house at the time.

Heavy shadows cast over the figure make whoever it is difficult to make out.

Could this be a visitor from beyond or is there a more conventional explanation ? 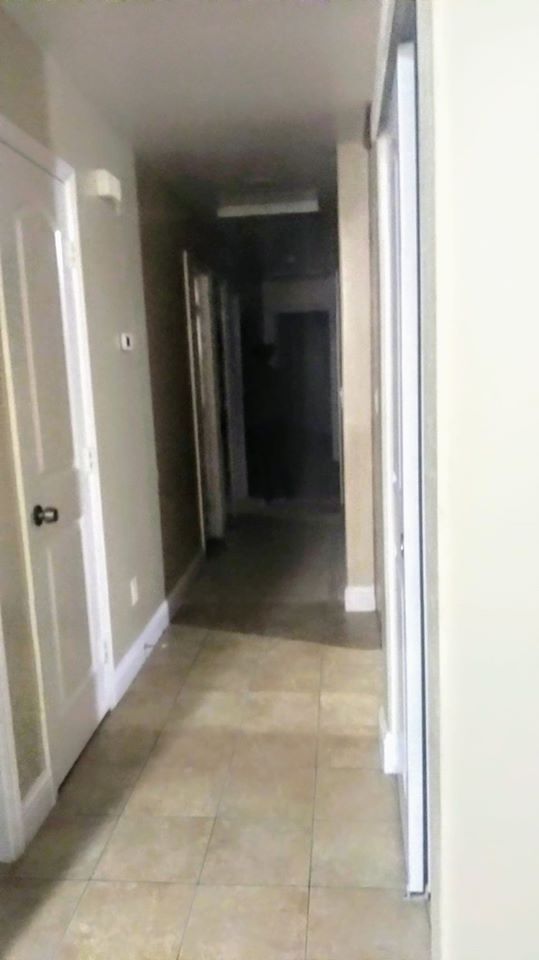 Next story >>
Human head transplant by 2030, claims surgeon
Recent comments on this story

I mentioned someone like that.....then changed my post so as not to argue with a cinder block.  They aren't good for people that have themselves freaked out either. You want to convince the people they are safe. Not do a "headless chicken dance" along with them.

#53 Posted by OverSword 3 years ago

Maybe it comes down to what makes exciting television

Which is why those idiots Zak Bagans and Giorgio Tsoukalos are so popular.

#55 Posted by OverSword 3 years ago

I don’t know who that is. Great names though

A ghost hunter who demolishes haunted houses and a racist ancient alien cospiridiot.

#57 Posted by DieChecker 3 years ago

I wrote a program ages ago which enhances the greys in shadows and here is what this images comes out like. It seems the ghost has trousers...

#59 Posted by DieChecker 3 years ago

I don’t see anything in the photo

Click here to view all 61 comments on this story

Anti-Vaxxers are fuming after Sesame Str...

Did flawed PCR tests convince us Covid w...
United States and the Americas

At least 46 bodies found in 18-wheeler i...
Spirituality, Religion and Beliefs

The comprehensibility of God
UK and Europe

Banksy to be made honorary professor at ...