Farmer is left baffled by eggs with green yolks

Would you cook and eat this ? Image Credit: AK Shihabudheen / Facebook
University researchers are working to explain why hens' eggs on one farm in India are such a strange color.
It might sound like the title of a Dr. Seuss children's book, but these 'green eggs' are actually the real deal - at least, that is, according to AK Shihabudheen - a farmer from Malappuram, India who took to social media when his produce started exhibiting a rather peculiar greenish tinge.

After posting up a few images and video clips on Facebook, he was soon inundated with messages, emails and phone calls from journalists, friends and even veterinary experts who were particularly interested in learning the story behind the mysterious egg yolks.

As it turned out however, Shihabudheen had no idea why the eggs were green either.

"It was nine months ago that we first got such an egg with a green yolk from a hen in our small poultry farm set up along the house," he said. "We were astonished at first, and did not use the egg to consume. All the eggs which the hen laid, were this kind and so we started to incubate the eggs.""Out of the six chicks which hatched from these eggs, a few have started to lay eggs and those yolks are also green in color."

Eventually, his family started to eat the strange eggs, however it seems that they have not caused any unwanted side effects and reportedly taste just like normal eggs.

Experts at the Kerala Veterinary and Animal Sciences University have since collected samples and are conducting tests to get to the bottom of the mystery.

They suspect that the peculiar color has something to do with the feed given to the birds, however they won't know for certain exactly what's causing it until they have the results.

#17 Posted by DieChecker 2 years ago

If it was the food, wouldnt all the chickens eggs be green yolks? I'd guess it's probably some mutation that's benign, causing just a color change.

#18 Posted by jethrofloyd 2 years ago

I prefer the blue egg yolks. 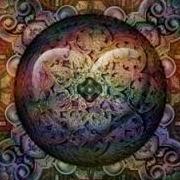 Maybe they're munching on blueberries. Or maybe one found a secret blueberry patch and is keeping it to herself. Blue added to a yellow yoke, well- green. Seriously, I don't know if it's possible, but it's a thought.

#20 Posted by Bendy Demon 2 years ago

...or it could be a complete hoax. I dunno..the yolk just seems to be too green to be real. I could see a greenish-yellow or perhaps a slight greenish hue but such a vivid green? Sorry..(actually I'm not) but I am just not buying this at all.

#21 Posted by Kittens Are Jerks 2 years ago

It could be that they are nibbling on the same stuff, but that some hens are just eating more of it. Or perhaps, some have found a stash of something the others don't know about.  Highly doubt it's a hoax. The olive green colour is typical when it comes to green egg yolks.

#22 Posted by Bendy Demon 2 years ago

Methylene blue make me pee blue ( someone put some in my cola at work... yeah quite a pun), maybe if you make a chicken drink some in water ?

Hopefully it is only alfalfa or something organic,I don't think they have great pollution control from industry there.I remember bees were producing green honey,everyone thought it was a novelty until they found the bees were feeding on radiator fluid from cars .

I doubt it's a hoax.   What would the ducks have to gain by it ?

Royal Navy to be the first European forc...
United States and the Americas

Are EVPs Near Proof of Intelligent Non-P...